Don't give up on me 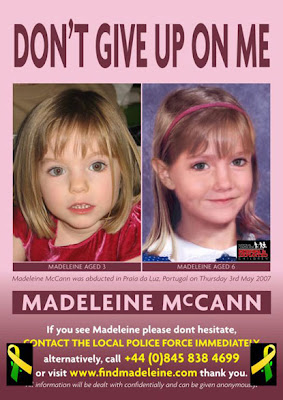 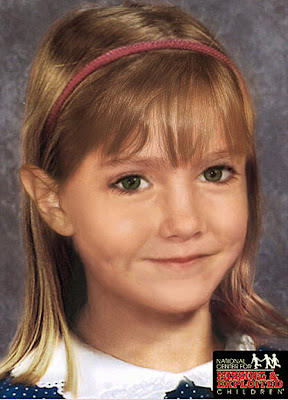 Two years on, how Madeleine McCann might look age six

This is the extraordinary picture of Madeleine McCann as she might appear today — two years after she vanished while on holiday in Portugal.

Her parents Kate and Gerry released the computer-generated image on a poster in a desperate new attempt to trace their daughter. It was headed: “Don't give up on me”.

The image shows how Maddy would look aged six. Mrs McCann said that when she first saw the picture she said: “I did not know who that little girl is. She remains four years old in my mind.”

The “age progression image” was unveiled on the Winfrey's Fridays Live show during an Oprah Winfrey interview with the McCanns.

The computer-generated picture will be used in a fresh drive to find Madeleine....

Always in my thoughts and prayers.