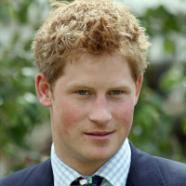 (courtesy of The Press Association) 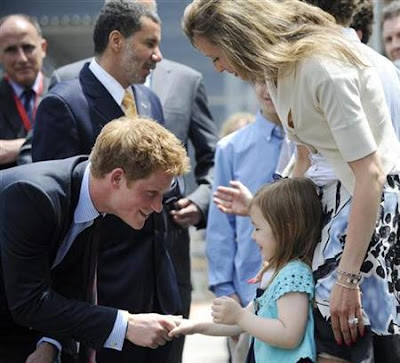 (Britain's Prince Harry, (L), greets Madison Iken, 4, and her mother Monica Iken, whose husband was killed on September 11, 2001 at the World Trade Center site May 29, 2009 in New York. New York Governor David Paterson is at rear. 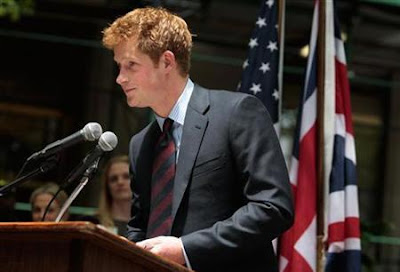 NEW YORK (Reuters Life!) - Britain's Prince Harry made his first official visit to New York on Friday to pay somber respects to September 11 victims and wounded veterans and was met by crowds who greeted him as a fun-loving heartthrob more than as a royal diplomat.

The prince, third in line to Britain's throne, placed a wreath at Ground Zero, the site of the World Trade Center attacks where dozens of Britons were among the nearly 3,000 dead. And he formally named a garden in Manhattan's financial district in their honor.

At Ground Zero, the 24-year-old prince, red-haired and lanky, chatted with family members of David Berry, a securities analyst who died in the September 11 attacks.

Berry's son Nile, 16, said afterward that he told the prince that the girls at his school had wanted him to give their names to the eligible British bachelor.

"He just laughed," Berry said. "They think he's quite the heartthrob.

"I wanted to invite him to our high school dance tonight, but I'm sure he's got bigger and better things to do," Berry said.

Harry bowed his head in silence after laying a wreath of yellow roses, pink peonies and white tulips at the muddy construction site where the Twin Towers once stood.

During his two-day trip to New York he stopped at a veterans hospital prosthetics ward and was due to have a meeting with wounded soldiers from wars in Iraq and Afghanistan.

Harry, who served in Afghanistan with British forces, is training to become a military helicopter pilot.

He was slated to attend a private reception and dinner on Friday and to play in a charity polo match on Saturday before returning home....

Email ThisBlogThis!Share to TwitterShare to FacebookShare to Pinterest
Labels: Prince Harry in NY