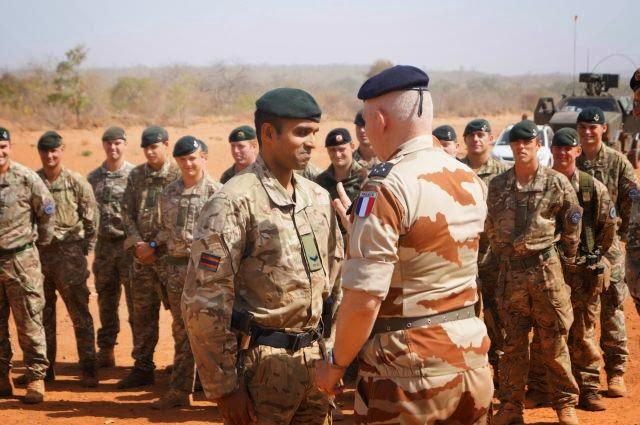 A British soldier has been awarded the first promotion in the field in 60 years.

Rifleman Gigar Das received the first field promotion in the British Army since 1953 and can now boast the title lance corporal.

The chief of the general staff carried out the promotion during a visit to troops undertaking a training mission in Mali, a Ministry of Defence (MoD) spokesman said.

Soldiers from 1 Rifles were delivering training to their Malian counterparts when General Sir Peter Wall, who was accompanied by the head of the French army, General Bertrand Ract-Madoux, when they saw Rifleman Gigar Das conducting a lesson in marksmanship principles.

They were "hugely impressed" with the 31-year-old and were "astounded" to learn of his rank, the spokeswoman said.

General Sir Peter decided to promote the solider "there and then", she added.

The soldier, from London, was presented with his lance corporal's stripe by the head of the French army.

Lance Corporal Das, who has served in the Army for eight years and has been deployed to Iraq and Afghanistan, said: "I wasn't expecting anything like this to happen today when I got out of bed this morning. It is extremely unexpected and I couldn't be more proud of this honour."...


GO here and watch the video, and read the rest of this report.

Thank YOU for your Service, LCpl Das.
Posted by The Brat at 4:53 AM