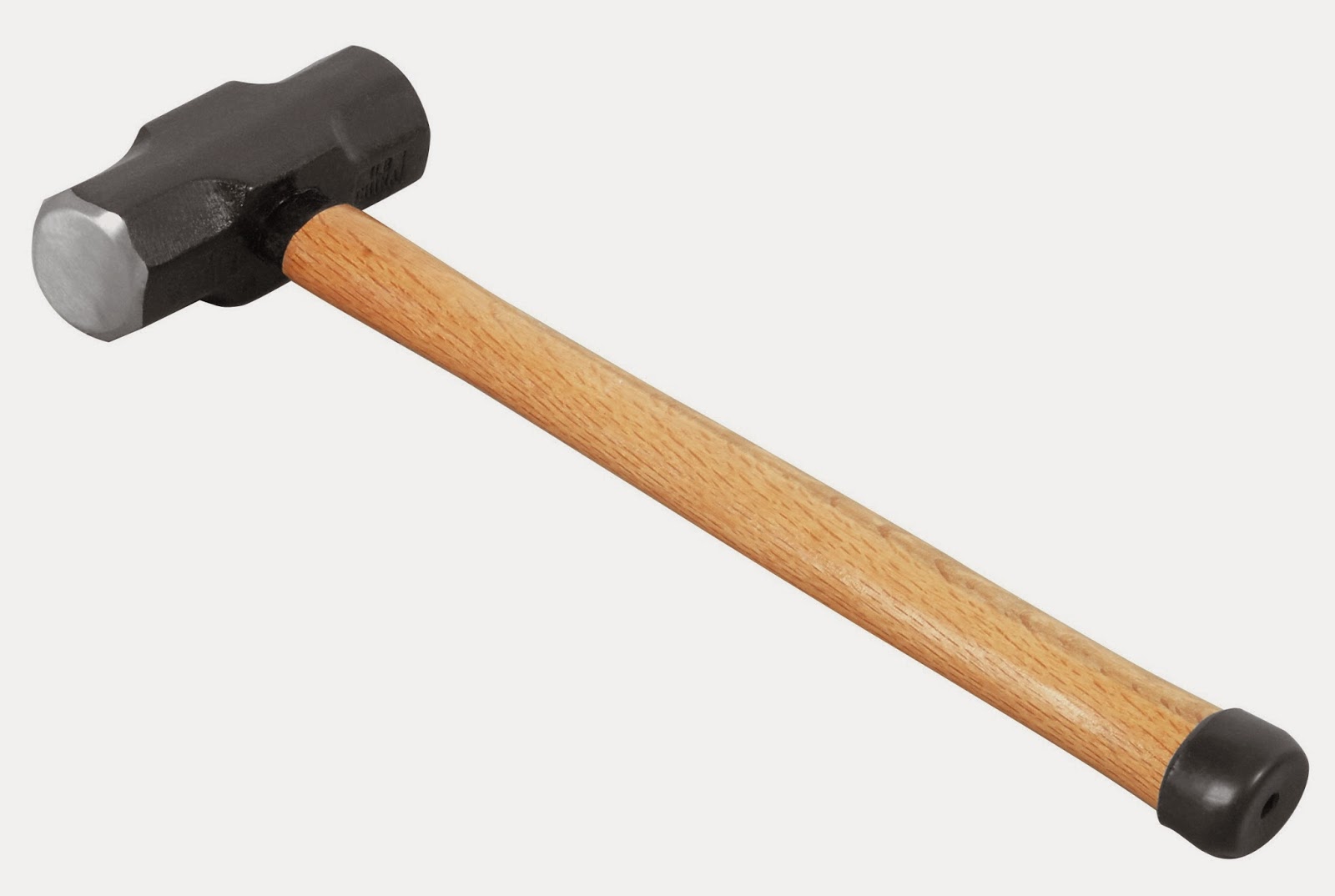 Remember last year as evidence of IRS targeting certain groups for special 'review' came to public attention?  Uproar ensued, and rightfully so. On May 23, 2013, Obama went in front of the cameras to do damage control - to show he is in charge! - and declared that the "...IRS has to operate with absolute integrity. The government has to conduct itself  in a way that is true to the public trust.  That's especially true for the IRS"...????  Refresh your memory here if you have forgotten.

Really,  really? Apparently Lois Lerner didn't get that memo.  Lerner, then an IRS Director,  was allowed to assert her innocence of any wrong-doing before a Hearing.  Claiming the 5th Amendment, she said that she is "proud" of the work she has done with the IRS:  " [...]I have not done anything wrong. I have not broken any laws. I have not violated any IRS rules or regulations...[...]

Elsewhere in that testimony here, she says she is invoking the right of innocent individuals to protect themselves.

Apparently, that right to innocence, due process under the law, and an American citizen's right to be treated with 'absolute integrity,' only applies if you work for the IRS, not for the tax-payers - who pay the IRS employees' salaries and bonuses.   'Bonuses'?  Why, certainly.  Take a look at this video from December 2013.This is about those who 'can't wait to intimidate you...and who Americans are more afraid of than al-Qaeda.'


As we have seen in the last few months, when the IRS wields their sledge-hammer, they do so with apparent impunity.

The following chain of events is from a friend - and it IS a true cautionary tale.  Read on:

A few months ago,   the ATM told "WK" the money they had in their bank account was "not available."  At first, WK thought it was just a slow processing of funds.  A few days later, with  money still 'unavailable' from an ATM, WK called the bank, only to be told that the IRS claimed they were owed $87,491.00 in taxes, so WK's bank account had been frozen, on IRS instruction.   When asked if  the IRS had sent notices of their intentions, WK said that if they had, those notices were not received.

I had not filed for a refund in years.  I was scolded for that by agents of the IRS, and that was their excuse for making up numbers - that they knew were incorrect - and "filing on my behalf." An agent told me that they levied the account "to get my attention." [ Emphasis mine] I explained to them then,  again, that I did not owe them any money, and that pushing the issue would result in them owing me money.

Now, I don't know about YOU, but from where I sit, a question immediately comes to mind:  Can the IRS really do this?   Short answer?  Yes,  they think they can, and of course, in this case they did.   This should be of concern to every tax-paying American.

In my extensive research on taxation and the Constitution, I found this:


In 1909, Congress took steps to amend the Constitution by proposing the Sixteenth Amendment in the following form:

The Congress shall have power to lay and collect taxes on incomes, from whatever source derived, without apportionment among the several States, and without regard to any census or enumeration.

This Amendment was certified as ratified in 1913, and Congress passed an income tax act... 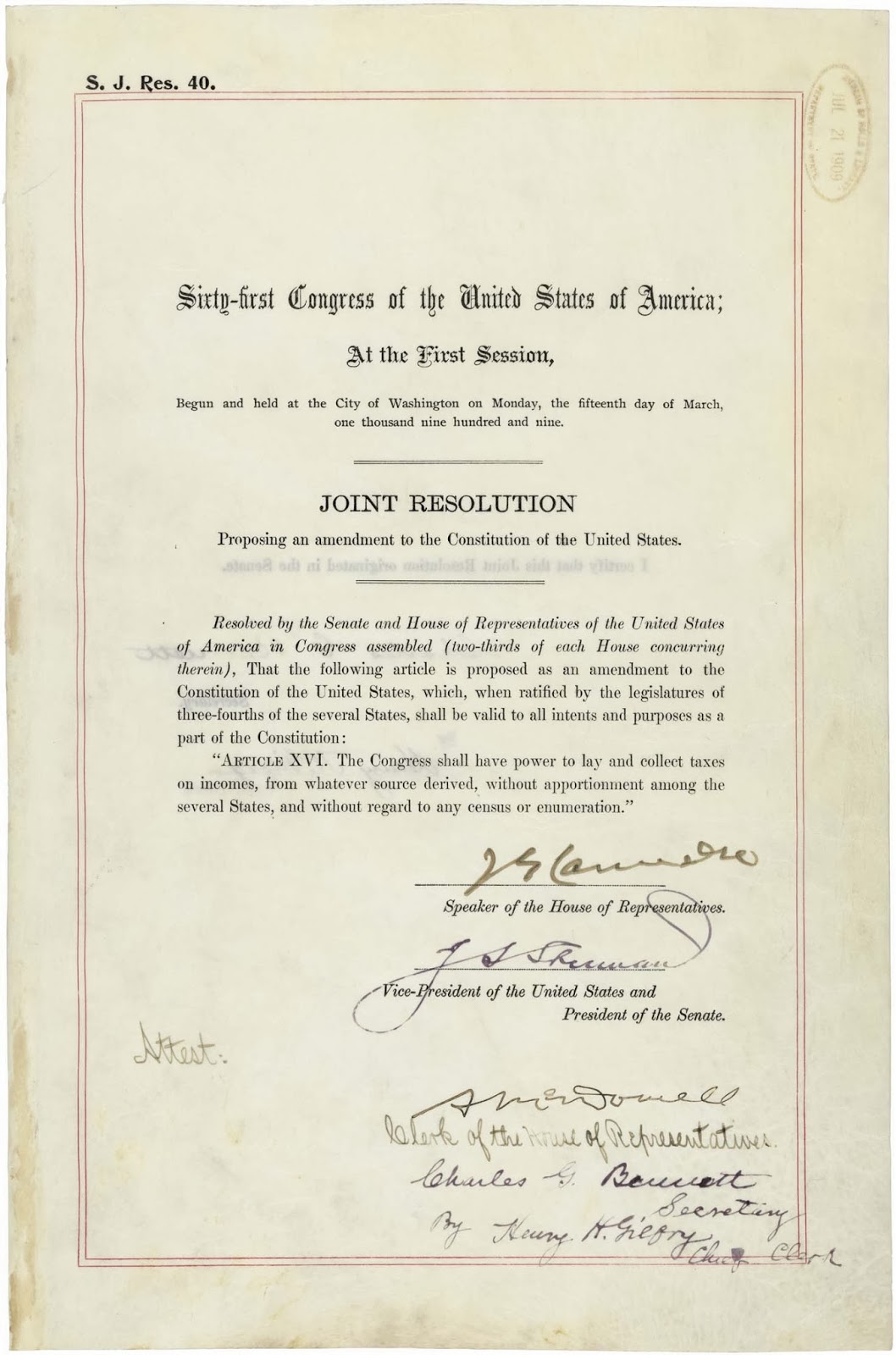 This excerpt is from Judicial Tyranny and your Income Tax written by attorney Jeffrey A. Dickstein. That link is to the pdf document, which is almost 400 pages long. I am working my way through it, and it is enlightening, to say the least.  You can also buy these insights in ebook form on Amazon where their synopsis of the contents and the author says:


[...]an experienced tax lawyer, reviews the principle court decisions regarding the federal income tax, and explains how persons may be be subjected to improper tax claims if they do not know what is explained in this book. A must read for tax lawyers, accountants, and anyone who has dealings with the IRS.


'Dealings with the IRS.' You may think that WK's story shared above is a rare occurrence.
You would be wrong. Over the last few weeks, I have heard of other incidents of American citizens falling prey to the IRS heavy-booted (and seemingly sanctioned) tactics.  Fact is,  that every day of the week, employees of the IRS have access to every American's private financial information. Even sadder is that most Americans have no idea just WHO is making decisions/judgements about their private financial matters.  From what I am hearing,  the IRS employees consider it their duty to intimidate and browbeat American citizens, and the banks have no choice but to be accomplices - willing or not.


I have long believed that in any organization, it is the leaders at the top who set the tone of all the lower echelon employees within that organization.  We saw during the hearings on the IRS the sneering contempt,  the belief that no bureaucrat is to be held accountable for the obvious mistreatment of targeted groups..  It seems the monolithic monster that is the IRS can act with impunity. Don't take my word for it.  Research the videos of other employees called before the Hearings:  "I don't know" or "I don't have that information" were the most commonly offered refrains as answers were sought to explain the inner working, the process, that is used to determine who gets targeted by the IRS.

Imagine this scenario:  a nameless, anonymous thug accosts you on a the street demanding you hand over your money and belongings, or else.  When that happens, usually there are consequences. Within the US Justice system of checks and balances, oftentimes criminal charges are laid.  Not so for the IRS.  As we saw just this past week, but little reported in the msm, after an almost non-existent 'investigation' of the IRS, the FBI Claims “No Evidence” of Wrongdoing in IRS Targeting Scandal


That should be reassuring to tax-paying Americans, including all those conservative group representatives who detailed harassment at the hands of IRS employees.  NOT!  Move along, nothing to see here.  Yet again, as with so many levels of bureaucracies within this administration, nobody takes responsibility, nobody knows anything,  and the POTUS  falls back on his "wasn't ME, but I'll get to the bottom of this!" nonsense.

The majority of the signers of the US Constitution were lawyers, and their names are enshrined publicly forever.  But anonymous IRS employees continue to do a disservice to the Americans who pay their salaries.  I suspect that the original framers of the freedoms America was based on are rolling in their graves at the tyranny that now runs rampant in America.

I tried to find someone within the IRS who could explain to me the process behind such arbitrary actions as freezing a citizen's bank account.  Simple logic demands that there must be a policy manual, procedures clearly laid out that employees must follow before some anonymous person - on the government payroll - seizes a fellow American's earnings.  Surely, in this most transparent government ever, Americans are entitled to know the guidelines within which IRS employees operate? Not so fast.  I spent many hours both on the internet, and then on the phone,  trying to find  the specific section of an IRS manual that gives carte blanche to government employees to commit such flagrant robbery.  I was unsuccessful in my efforts.

Even so, from WK's experiences, and others that I have heard,  it appears as if nameless employees (aka government agents/robbers) are allowed to cavalierly take citizens' money without due process. In all my reading on the history and genesis of taxation in America, nowhere, could I find any  suggestion that these actions are what the Founding Fathers intended for this country.


I do not believe my battle is over.  I am allowed by the government to use the money I have earned., for now.  For the next few years, I will live with the threat that the IRS will decide to take every single thing I own, and leave me with a debt that I will never be able to pay.

Should they make that decision, I will use my last dollar to fight them. They will not get one more penny out of me.

So far, they have admitted that they owe WK more than a  few pennies,  ($5,432.50) which they are refusing to pay.  In an apparent internal dispute,  two regional  IRS offices  can't seem to agree on who owes how much to who.  One  says WK owes the IRS $53,761.00,  while the other office has agreed with WK that it is the IRS who owes money, not this tax-payer..

This American has been a tax-paying,  law-abiding member of US society for decades.  WK has more than contributed to many years of tax revenues, including directly via payroll deduction/taxes.  No matter.  The IRS beast can arbitrarily rob any citizen as they decide.

If you don't think this could happen to you, think again.  It can. You may believe that in America you are still innocent of anything until proven guilty.  Today, however, it seems IRS agents/robbers can treat you like a criminal, and the only one facing consequences is you.

As Obama said in the link above:  "This is outrageous, and unacceptable..." Cut the fake outrage, please.  Evidence over the last few months shows that any action is perfectly acceptable when it comes to fleecing the citizens.

For those who would insist that this is an isolated situation that could never happen to them, couldn't possibly affect them, may I remind you about ObamaCare?  As has been reported, apparently the Commissioner in charge of the tax exempt section within the IRS -  you know, the section that  oversaw the targeting of conservative groups? - was transferred to a new position.  Sarah Hall Ingram is now in charge of running the IRS office responsible for the ObamaCare legislation.   What could possibly go wrong?  Never mind all the other almost unbelievable snafus relating to ObamaCare since before the 'law' was passed by those who hadn't even read it.  That woman's new appointment, which hands her yet another powerful sledge hammer, should alert EVERY American that for Obama and the IRS it will be business as usual: No employee is ever answerable/accountable to their employer -YOU, the American tax-payer! From the municipal-level official, right on through to the POTUS, these people work for us. Just as we are expected to follow principles set out in the Constitution, so should they be also.

The only weapon every American citizen has against such tyranny is to pay attention, know your rights as set out in the US Constitution, and fight for them.


[A related link at Wake Up America on Lois "I have done nothing wrong" Lerner.]
Posted by The Brat at 3:53 AM