From the British Army: 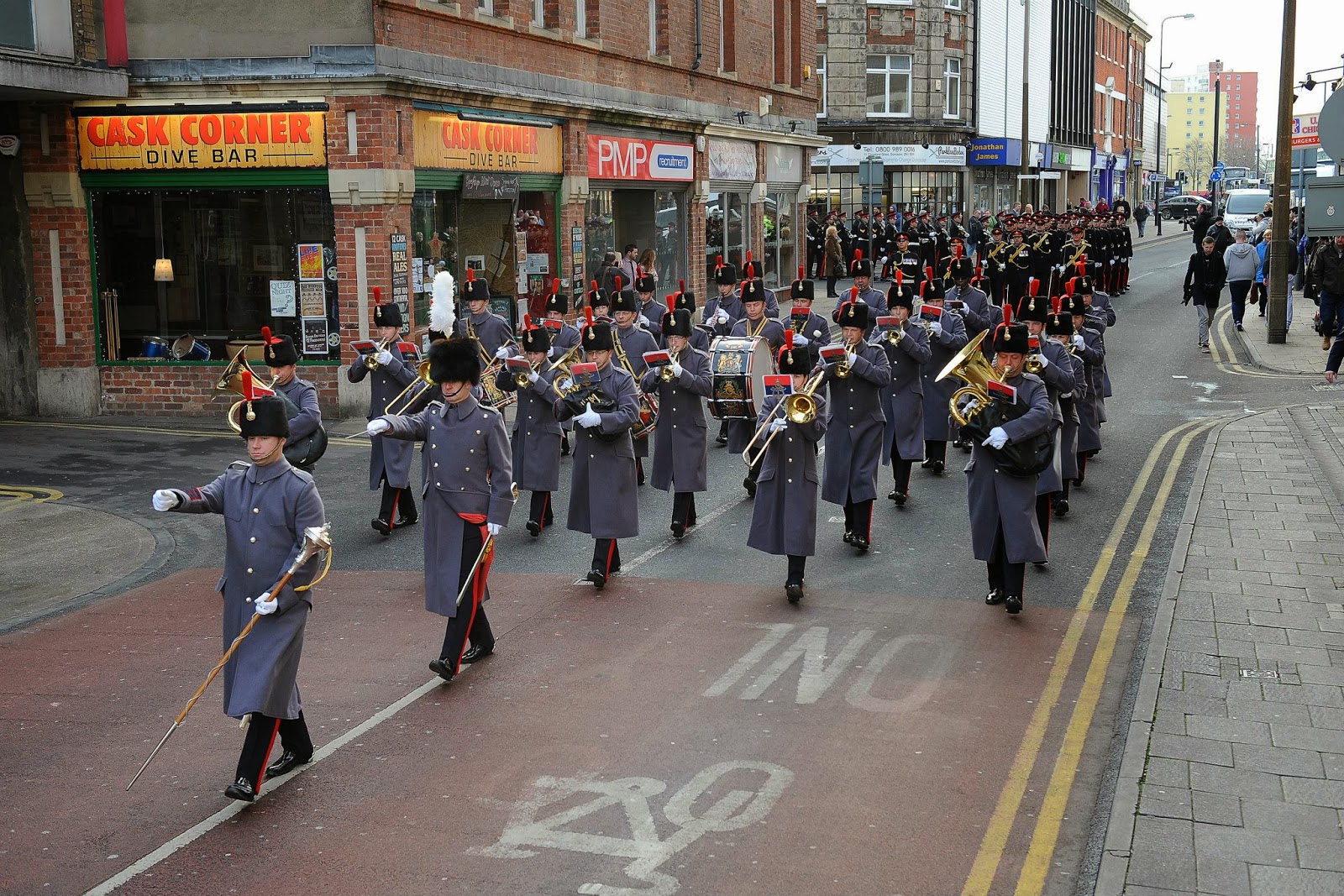 Pictured: 1 RHA, escorted by the Royal Artillery Band march through the streets of Doncaster.

Crowds of people lined the streets of Doncaster today to welcome home the soldiers of the 1st Regiment Royal Horse Artillery, following their recent tour of Afghanistan.

An Artillery gun used by the regiment in Afghanistan was fired over the city to signal the start of the parade that also marked the end of a decade on military operations.

Accompanied by the Band of the Royal Artillery, the 250 soldiers led by 22 horses from the King's Troop Royal Horse Artillery paraded outside the Civic Hall where 22 troops were presented with their Afghanistan operational medals.