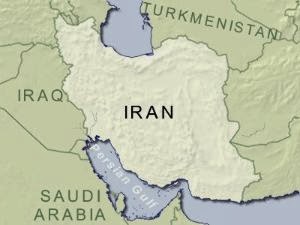 John Kerry struts the world, bragging about his successful efforts to have Iran  'agree to talks' - or something -  aimed at neutralising that country's determination to have nuclear weapons.

But wait!  Seems all is not as advertised.  Surprised?  No, me neither..

Our relationship w/ the world is based on Iranian nation's interests. In #Geneva agreement world powers surrendered to Iranian nation's will
— Hassan Rouhani (@HassanRouhani) January 14, 2014


And then there is this: 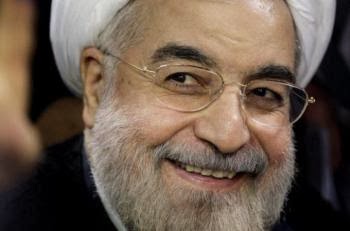 The Iranians are gleeful -- understandably. They chant "Death to America" and Obama gives them whatever they want. "Iran Permitted to Continue Advanced Nuclear Research," from the Washington Free Beacon, January 13: Iran will be permitted to continue advanced research and development work on its nuclear program under the interim nuclear deal reached over the weekend, according to senior Obama administration officials.

Nuclear talks were reported to have broken down late last year over the issue of whether Iran would be permitted to continue critical research and development in the nuclear arena.

The White House confirmed on Monday that Iran would be permitted to continue developing advanced nuclear centrifuges that will enable it to more quickly enrich uranium, the key component in a nuclear weapon.  [Emphasis mine]

Asked by a reporter on a conference call if the deal stops “Iran from designing new types of centrifuges,” a senior administration official admitted that the deal does not prohibit this activity....

This would all be laughable watching the clowns in MIC's administration, if the consequences weren't so serious.

Read the rest of this here.  Pay attention.
Posted by The Brat at 6:17 AM