I was not going to write about this, but JihadWatch does such a stellar intro to the news, I had to share it. 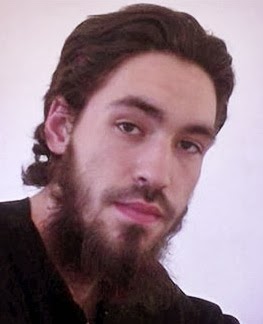 This Global News report is headed by a video with this description: "Above: A 22-year-old man who converted to Islam after dealing with depression and attempting suicide, somehow became radicalized and made his way to fight in Syria where he died fighting with an al-Qaeda-linked group."

So he was depressed, he was suicidal, and then he found his Islam and turned his life -- and went to Syria and got killed waging jihad. Did he convert to Islam and immediately misunderstand it, allowing himself to be "radicalized" by nefarious proselytizing misunderstanders? Yet there is not a single Muslim organization in Canada or anywhere else that is dedicated to keeping converts like Clairmont from falling prey to this understanding of Islam that Muslims in Canada ostensibly reject.