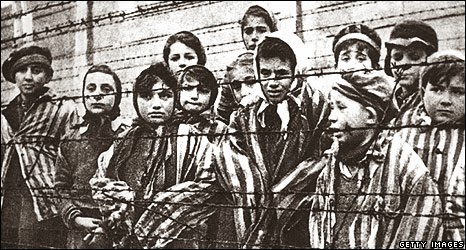 
By Rob Broomby BBC News
That picture is from a column I did in 2010, and it is a stark reminder to us all of the terrible price paid by millions of children during the Holocaust of WW2.   Go refresh your memory here
Today, Israel's Benjamin Netanyahu released this statement(on his FB page): 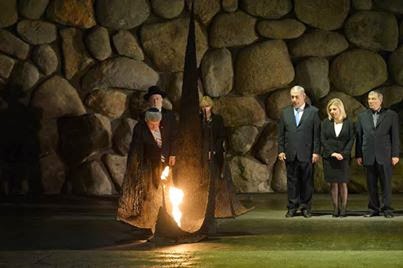 Prime Minister Benjamin Netanyahu's Remarks on the Occasion of International Holocaust Remembrance Day and Day Marking the Struggle against Anti-Semitism:

"Even today, when there is broad agreement that the Holocaust should have been prevented, the world is not crying out in the face of a regime that calls for our destruction and even receives with open arms the man who represents it.

In the face of a state that openly calls for the destruction of the state of the Jews, everyone clears their throat in the face of the smiles. The attitude toward the State of Israel is not proportionate to the issues that are on the agenda. It also shows us that in the harassment of Jews there is thousands of years of continuity to the phenomenon of anti-Semitism.

Last week the Knesset witnessed one of the most important speeches that have ever been made within its walls. In this speech, Canadian Prime Minister Stephen Harper said that the singling out of the State of Israel is extreme and disproportionate by any reasonable standard, that it also undermines the foundations of Western civilization which is supposed to fight for both our rights and those of others.

Against the attempt to deny the legitimacy of the state of the Jews, we must fight for and demand our rights."


I have written many times about the Holocaust, and you can find previous columns by putting "Holocaust" in the search engine on this site.

Another great resource is the United States Holocaust Remembrance Museum: 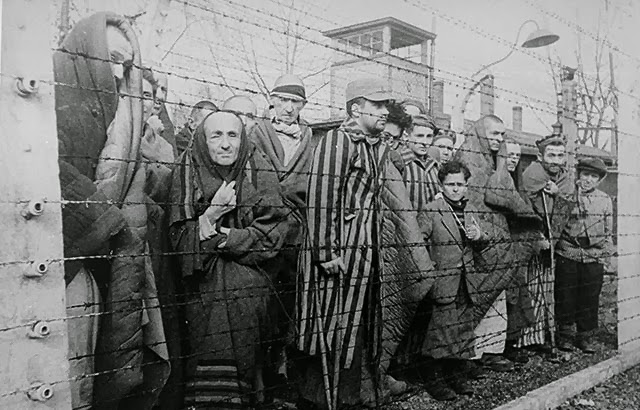 The UN has designated January 27—the anniversary of the liberation of Auschwitz-Birkenau—as an annual day of Holocaust remembrance. The Museum offers several ways to participate in this year’s commemoration.


24.01.2014
International Holocaust Remembrance Day is commemorated worldwide on 27 January in memory of the victims of the Holocaust.

On 27 January 1945, the advancing Red Army entered the Auschwitz-Birkenau extermination camp complex, liberating more than 7,000 remaining prisoners, who were for the most part ill or dying.
Days earlier, the SS had forced nearly 60,000 prisoners to evacuate the camp and embark on the infamous 'Death Marches,' in which many thousands lost their lives.

The United Nations General Assembly passed Resolution 60/7 on 1 November 2005 to designate 27 January as the International Day of Commemoration in memory of the victims of the Holocaust, the day upon which every year the world would mark and remember the Holocaust and its victims. 67 years on from the liberation of Auschwitz, it is more important than ever to remind ourselves of the universal lessons of the Holocaust and to foster a shared culture of remembrance.


Go read about all the member countries here.

From the Beeb:  Cellist Remembers Auschwitz

.We all need to educate ourselves, remain vigilant,  and actually live the words:  NEVER AGAIN.
Posted by The Brat at 7:42 AM