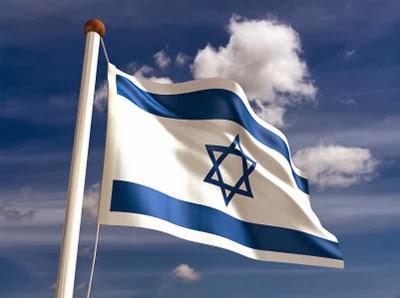 It is well known that I rarely support Canadian Prime Minister Harper's policies, but in this appointment, he has my full endorsement.

JNS.org – Canadian Foreign Affairs Minister John Baird has named Vivian Bercovici as the country’s new ambassador to Israel.  Bercovici is an attorney at Dickinson Wright LLP and a former senior policy adviser to former Ontario Finance Minister Ernie Eves. She is known for her strident pro-Israel positions, and for openly criticizing the Palestinian Authority and Hamas.

“She is a lawyer with 24 years of experience. She’s smart and capable and will be able to represent this government well,” Baird said, Canada’s CBC News reported. His announcement comes just weeks before Canadian Prime Minister Stephen Harper will visit Israel, his first official trip to the region.

“We’re delighted with the appointment of Ambassador Bercovici. She will bring our bilateral relationship to a new level that is entirely consistent with the government’s already strong pro-Israel position.  We think she will do great things,” Shimon Fogel, CEO of the Centre for Israel and Jewish Affairs, the main body of Canadian Jewish organizations, told JNS.org.


Not all are happy with this, of course, and the usual suspects are loudly voicing their opposition.

In the interview, mere hours after Bercovici was appointed to her new post, Solomon said to Baird "Vivian Bercovici is Jewish, so there are going to be some questions. Why not appoint someone who doesn’t even have the perception of any kind of bias (in favor of Israel)?“

“It is entirely inappropriate and deeply offensive for...Solomon to have raised the issue of religion," said Honest Reporting Canada (HRC) Executive Director Mike Fegelman in response, calling on Solomon to apologize.

"A person’s religious or ethnic background has no bearing on one’s qualifications for a job, on top of it being illegal for an employer to ask such irrelevant and discriminatory questions of a potential employee," added Fegelman.

In response to the question during the interview, Baird answered "I don't think it's a great surprise that Canada enthusiastically supports Israel." In the past, Baird has expressed his strong commitment to Israel's security.

Baird said regarding Bercovici, "despite the fact she doesn't have diplomatic experience, she has 24 years of experience as a senior lawyer, allowing her to faithfully represent the Canadian government."
Fegelman commented that "challenging Ms. Bercovici’s credentials, her experience, and the various positions she has taken publically on the Mideast file is fair game, but to imply that her religious background in some way makes her a poor choice as a candidate due to a supposed 'perception of bias' certainly crossed the line."

The HRC Executive Director further argued that "with even some of the most rabid anti-Zionists such as Noam Chomsky, Norman Finkelstein, Ilan Pape etc. all being Jewish, Solomon’s reasoning falls flat."


Bercovici, a lawyer from Toronto, received a degree from the Hebrew University of Jerusalem, and majored in Middle Eastern studies. She was a regular columnist for the Toronto Star, showing frequent support for Prime Minister Binyamin Netanyahu in her writings.

"Hamas, the Palestinian Authority (PA), and essentially every country in the Middle East, don't try to hide their desires to destroy the state of Israel, viewing it as a black stain in Arab history," wrote Bercovici in an article last April.

"For Israel a nuclear Iran is a clear existential threat...the Iranian regime is a cruel theocracy...I wouldn't buy snake oil from these people, and certainly I wouldn't trust them as they smile and confirm that they're enriching uranium for peaceful purposes," wrote Bercovici in other articles.
Bercovici further wrote about the attacks on Israel as an "apartheid state."

"The claim about the paradigm of apartheid is a huge lie...in the UN there is no more awful country breaching human rights than Israel," wrote the new ambassador cynically. "The claim of (US) President Barack Obama and British Foreign Minister William Hague that Israel is an obstacle to peace opposes logic."


As always, I stand with Israel.