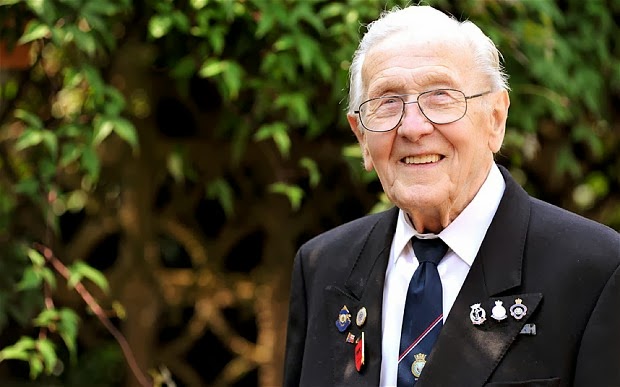 Geoff Smith served in the Royal Navy and survived the sinking of a warship, HMS Spartan, during the January 1944 Anzio landings Photo: WILL JOHNSTON/LEICESTER MERCURY

By Nick Squires in Rome

A British veteran of the Anzio landings who had his heart set on attending the 70th anniversary of the campaign on Wednesday has died just days before he was due to travel to Italy.
Geoff Smith served in the Royal Navy and survived the sinking of a warship, HMS Spartan, during the Jan 1944 landings, which led to some of the most bitter fighting of the war.
Tens of thousands of Allied troops poured onto the beaches at Anzio and Nettuno, coastal towns south of Rome, to challenge entrenched German forces.
The five months of fighting that followed was described by some German soldiers as being as bad as the Eastern Front, with one of the coldest winters on record making conditions almost unbearable for both sides.

It was not until June 4, after the hilltop, medieval monastery of Monte Cassino was taken with heavy casualties, that the Allies liberated Rome....

GO read the rest of this amazing story here.

Thank you for your Service, Sir.  Rest In Peace.
Posted by The Brat at 1:12 AM