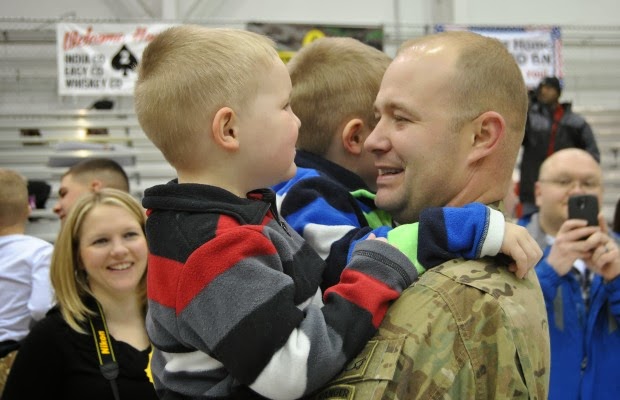 FORT CAMPBELL, Ky. – The 4th Brigade Combat Team (BCT) welcomed 105 Soldiers home to Fort Campbell on Sunday, January 26 at Campbell Army Airfield. It was a very special welcome home ceremony since it was the last group of “Currahee” Soldiers returning from their deployment to Afghanistan.


The ceremony was also historic because it wrapped up the last mission for the 4th BCT before the brigade’s inactivation scheduled for later this spring. The returning Soldiers include Easy Company from the HBO Mini-series “Band of Brothers”.

The dark and the cold of the early morning didn’t diminish the spirits of the family and friends of the Soldiers as they returned. There were the usual cheers as the plane landed and shouts of welcome home as the doors to the aircraft opened and the Soldiers walked toward the hangar....


More, and lots of pictures, here.