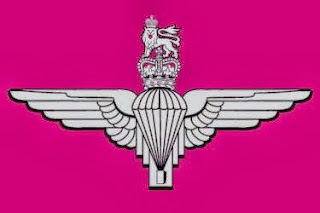 Everyone should know this story.

The minestrike which killed Corporal Mark Wright and injured six of his 3 Para comrades is one of the most notorious incidents of the British military conflict in Afghanistan.


Out of the tragedy came extraordinary tales of bravery and heroism - not only of Cpl Wright but also his comrades who risked their own lives to help their fellow Paratroopers.

Cpl Wright was posthumously awarded the George Cross medal, the highest military honour for actions which are not in the face of the enemy. Three of his colleagues, two of whom lost limbs, were also awarded medals for their courage

The inquest heard that once Corporal Stuart Hale trod on a mine which blew his leg off, a team of his comrades immediately swung into action to try to rescue him.  Corporal Stuart Pearson told the inquest that as the group got closer, they realised they were in a minefield....


A British soldier detonates a land mine and sets into motion desperate rescue mission. His fellow Paras come to get him out, only to find themselves trapped in a minefield, with seemingly no way out…

KAJAKI the movie follows some of the soldiers from 3 Para on one harrowing day during their six month tour of Afghanistan.

It was the day of days…

A day in which the heroism of their leader, Corporal Mark Wright, shone through with tragic consequences. Out of the tragedy came extraordinary tales of bravery and selflessness, not only of Corpora Wright but also his comrades, who risked their own lives to help fellow Paratroopers.


This is a story that MUST be told.

.Go here and read more, and donate if you can. Thank you.
Posted by The Brat at 7:31 AM

Just wanted to let you know that his story is being told in the US release of KILO TWO BRAVO, a critically acclaimed film that was done in consultation with his fellow 3Paras and his parents. You can find it on iTunes. http://apple.co/1Kaqwi5