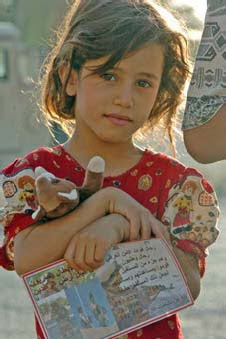 On the Milblogs, it IS being noted that the 'last' US troops have left Iraq. The msm - of course - is following along with the BHO line, as he touts that he 'kept' his promise. That right there is what the mass exodus of US troops is really all about: BHO and his never-ending (re) election campaign. If you are one of those Obamabot koolaid drinkers who doesn't believe that pulling the Troops from Iraq is all - and always - about politics for Obama, you should take a look at his latest campaign video. Yes, it is on the Obama YouTube channel already. Titled Ending the War In Iraq: A Promise Kept, it is the usual BHO using the Troops as props photo op. I refuse to post the video here, but have given you the link, if you really feel the urge for your Monday BHO speechifying, you can check that out.

As you surely know, most of the Milblogs are written by either Veterans or active duty Troops - those who have led and bled as they implemented the civilian overseers' foreign policy. I always turn to the Veterans and the active duty Troops in our midst for their insightful analysis of military news. THEY always 'get it,' and this past weekend exit from Iraq is no exception. 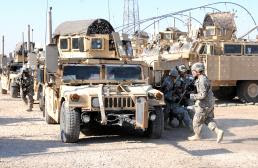 The last of the vehicles filled with several hundred troops crossed the border at 7:38 a.m. - 0438 UTC - leaving behind just a couple hundred soldiers at the U.S. embassy in Baghdad.

The withdrawal of U.S. forces ends nearly nine years of war and hundreds of billions of U.S. dollars.

The war in Iraq began in 2003 with a “shock and awe” campaign to oust dictator Saddam Hussein. The War against Saddam's military was won in 21 days. Despite pockets of crime, the next year was marked primarily with a search for those leaders of the Ba'athist Government of Iraq that had committed crimes against the Iraqi people, including Saddam Hussein himself. The First War in Iraq was won quickly.

During 2003 and 2004, remnants of the Fedayeen, Ba'athist supporters of Saddam, continued to harass Coalition Troops and to commit crimes against the Iraqi people, while Iranian supported Moqtada al-Sadr began to attack Sunni's and Coalition Troops. The 2nd War, against Saddam supporters, the Fedayeen, wained with Saddam's capture, and ended with his execution at the order of an Iraqi court.

During 2004, precursors of Al-Qaeda and Iranian backed Shi'a terrorists began fomenting civil war between the two by attacking adherents of Sunni & Shi'a sects, first their opposing and when that failed to cause reprisal, began attacking their own sects.

In September 2004, the first wide spread attacks against US and Coalition Troops began. Violence against Coalition Troops, but primarily against Iraqis, led by elements of foreign born al-Qaeda and Iranian supported Terrorists continued to build. The Iraqi Civil War peaked in the summer of 2007 and began to ebb with the arrival of the final "Surge" Troops under the Petraeus Plan.

At the height of the war, more than 170,000 U.S. troops were stationed in Iraq at more than 500 bases. At the height of the war, 100 Iranian made EFP's, (explosively formed penetrators) were being captured monthly and more than 3,000 Iraqi civilians being murdered by Islamist Terrorists monthly. Though the Petraeus Plan was a comprehensive shift in strategy and tactics, which empowered local Iraqi leaders, sought to implement security and economic success at the local and national levels, it was known in US Political (and media) circles as "The Surge" for the additional Troops it required to achieve the peace.

During the testimony, Presidential Candidates, Sen Hillary Clinton, Sen Joe Biden, and Sen Barack Obama treated the General poorly and the hearing as a campaign stop. Sen Obama leaned back in his chair, chewing gum and ignoring the procedures, until it was his chance to rant. The New York Times gave "MoveOn,Org" special discounts to run a full page ad attacking the General as "General Betrayus" with no argument from the candidates they supported. By the time of the hearings, the tide had shifted against Al-Qaeda in Iraq, and the numbers were already showing the trend. 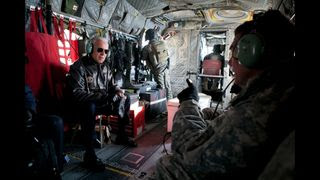 General Petraeus returned to testify to Congress in April 2008. The long term trends of Sustained Success of the Petraeus Plan were already evident, but the candidates still refused to acknowledge those successes. In March 2008, the Iranian backed "Special Groups" and Hezbollah launched a major offensive in British controlled Basra, days before General Petraeus was to testify before Congress about the sustained successes of the Petraeus Plan. Despite US Military recommendations to Prime Minister al-Maliki, he sent Iraqi units into Basra to put down the Iranian backed Shi'a uprising, successfully on the eve of the Petraeus testimony...

When President Bush famously declared "Mission Accomplished" way back when, the msm mocked him mercilessly. Maybe Obama, who was against the Iraq mission from day one, (one of those rare occasions when he wasn't just 'present') remembers that, so not one word of VICTORY has passed his teleprompter as our US Troops exit Iraq. He obviously doesn't need to concern himself, though, since the msm has always been onside with him, and as usual, regurgitates the themes that he dictates.

Regardless of what the politicians and msm decide is the appropriate interpretation of this weekend's events, our Troops have conducted themselves throughout the Iraq mission with honour and integrity.

For their efforts, I am unswervingly grateful, even as I continue to pay close attention to the future of Iraq and the region.

Bratnote: That picture of the Iraqi girl at the top was sent to me long ago by Major Chris Galloway, who served the US so honorably in Iraq. For him, as he wrote to me at the time, she IS the future of Iraq. For me, too. Rest in Peace, Chris.Today, my thoughts are with all our Fallen Heroes, and their families, (the list of those engraved forever on my heart is loooooooooong, like Mike Stokely and HIS family) who sacrificed all, so that little Iraqi girls could have a future.

So I've wondered about this, maybe you or one of your readers will tell me if I'm close. All of the troops are not out, there are about 1000 left behind for training purposes. However the country is still unstable. So, now that the war is "over", does that mean the ones still there will no longer be getting the extra pay? Yet they are still in an unstable country

Gail, I sent your question to WOTN for their accurate answer, and this is what I was sent in response:


Gail,
There are a few hundred Troops at the US Embassy in Baghdad, with a mission of protecting the Embassy and Our Diplomats there.
At times, there has also been discussion of maintaining a Special Forces/Counter-Terrorism force in the country, but that has not been addressed during the current withdrawal.

There also remains a training mission in Iraq, but that is being conducted by US Civilians, NOT US Troops. And THOSE Americans have fewer protections than even the US Troops that the Obama Administration begged Maliki to allow to stay. The majority of US Contractors serving now in a training capacity are US Veterans.

And yes, that was me - da Brat - posting WOTN response..(Sad when I can't figure out my own comment thingie..)