Some Gave All: Captain Tom Jennings

It is with great sadness that the Ministry of Defence must confirm the death of Captain Tom Jennings, Royal Marines, who was killed in Afghanistan on 22 December 2011. 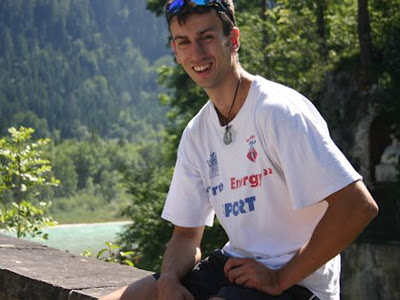 Squadron Leader Anthony Downing RAF, whose death was announced separately by the Ministry of Defence, had been travelling in the same vehicle.

Capt Jennings, aged 29, was a true leader, selfless in his professional approach serving those who were his responsibility. Dedicated and humble, he was an archetypal Royal Marine with a keen sense of humour even when faced with adversity. Whilst working with the Afghan forces that he partnered, he displayed empathy and a broad cultural understanding that ensured he was highly valued by the Afghans as well as his Royal Marine brothers.

He was devoted to his wife and their two young sons whose loss cannot be portrayed in words. The Royal Marines have lost a brother, they have lost their world.

Capt Jennings family have asked that their privacy is respected.

My heart and prayers are with all who know and love Captain Jennings.
Posted by The Brat at 6:43 AM

Email ThisBlogThis!Share to TwitterShare to FacebookShare to Pinterest
Labels: Some Gave All Captain Tom Jennings