Some Gave All: Sqn Ldr A Downing

It is with great sadness that the Ministry of Defence must confirm the death of Squadron Leader Anthony Downing, who died on 23 December 2011 following an incident in Afghanistan. 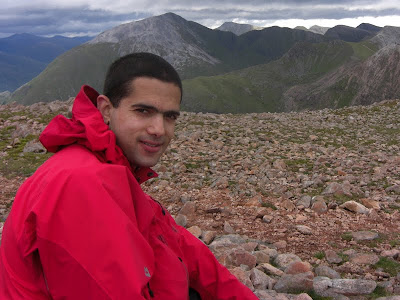 He had been seriously wounded when the vehicle he was travelling in was caught in an explosion south of Kabul on Thursday 22 December. He was flown back to the UK where sadly, he died of his wounds at the Queen Elizabeth Hospital in Birmingham. His family were with him when he died.

Captain Tom Jennings, Royal Marines, whose death was announced separately by the Ministry of Defence, had been travelling in the same vehicle.

Known as Ant, 34-year-old Squadron Leader Downing was, by trade, an Engineering Officer in the Royal Air Force. He ran the last Nimrod Line Squadron before its disbandment.

His unassuming and modest demeanour belied a hugely professional officer and an extremely determined individual. His work in Afghanistan typified this as he had studied hard at the Defence School of Languages, Beaconsfield, coming top of his language course, and travelled to Tajikistan in his own time to further his studies. However, Ant was no book-worm and found the time to train for, and compete in, a series of Iron Man Triathlons and Ultra Marathons.

This physical and professional drive lent him a rare confidence, the sense of being comfortable in his own skin that made him an utterly charming individual with whom it was so easy to pass the time. This dynamic allowed him to interact effectively with the Afghans and his British colleagues alike.

Ant's generous nature and interest in Afghanistan and her people, led to his intimate involvement in the planning and subsequent conduct of outreach patrols. Tragically, on 22 December whilst on patrol he was mortally wounded when the vehicle he was travelling in was caught in an explosion. There is some solace for his comrades in knowing that Ant died among his friends doing a job he felt so passionate about.

Ant was professionally respected and hugely appreciated for his skills, and built a strong rapport with the Afghan soldiers and their British mentors; his loss is felt greatly among both. He leaves behind his parents, a brother, a girlfriend and a dedicated following of friends, with whom this great loss is shared.

"Anthony was still a child when he announced that he wished to join the RAF. From a young age it was evident that he was dedicated and self motivated to achieve the goals he would set himself. As a member of the Dover Grammar School Combined Cadet Force he was committed to getting the most out of the organisation and encouraged others to do so too.

"At the age of 17 he joined the Deal Striders and Velo Club Deal which started a lifelong love of endurance events that culminated in completing ultra marathons and double Ironmans. He also took to distance events in swimming and cycling and had planned to complete in 2013 the Arch to Arc event despite swimming being his weakest discipline, the event requiring a cross channel dip.

"His parents had an easy ride with his upbringing; he was always kind and helpful although quiet and reserved. His brother had someone to look up to as Ant eagerly embraced adulthood. He continued these traits into his working life, keen to listen, help and inspire others to travel and reach for high goals. We treasure the memories and the achievements of his fantastic life and without him our lives have been diminished."..

Go here to spend time getting to know this Fallen Hero.

Email ThisBlogThis!Share to TwitterShare to FacebookShare to Pinterest
Labels: Some Gave All NZ Lt Tim O'Donnell, Sqn Ldr A Downing