Sun sets on US mission in Iraq 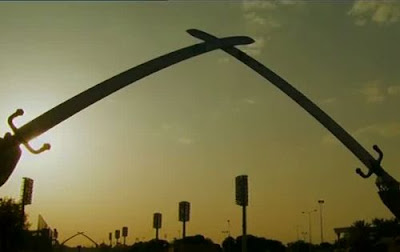 US Defence Secretary Leon Panetta arrived in Baghdad this morning to formally end the nearly nine-year war in Iraq.

During the ceremony at Baghdad International Airport, the US Forces-Iraq flag was furled around a flagpole, covered and will now be brought back to the United States.

Mr Panetta told troops: "You will leave with great pride - lasting pride, secure in knowing that your sacrifice has helped the Iraqi people to cast tyranny aside and to offer hope for prosperity and peace to this country's future generations."

The US invaded Iraq in March 2003. The final few thousand troops will be out of the country by the end of the year.

As of today, there were two US bases and about 4,000 US troops in Iraq - a dramatic drop from the roughly 500 military installations and as many as 170,000 troops during the surge ordered by former president George Bush in 2007, when violence and raging sectarianism gripped the country.

All US troops are due to be out of Iraq by the end of the year, but officials are likely to meet that goal a bit before then.

Email ThisBlogThis!Share to TwitterShare to FacebookShare to Pinterest
Labels: US troops leave Iraq