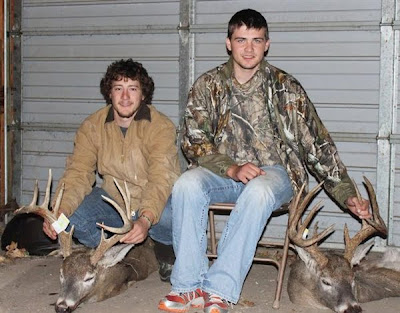 WASHINGTON, Dec. 23, 2011 – This weekend, when Army Spc. Dustin Morrison gathers with his family to celebrate the holidays, he said he knows he’ll be experiencing a Christmas miracle.

The 21-year-old Iowa Army National Guard soldier discovered a new appreciation for what matters most in life after an improvised explosive device nearly took his life in Afghanistan.

Morrison, a member of the 168th Infantry Regiment, was severely wounded in April when his mine-resistant, ambush-protected vehicle struck the roadside bomb in eastern Afghanistan’s Paktia province. Army Spc. Brent Maher, the vehicle’s gunner, was killed, and two other members of the unit were injured in the attack.

Morrison’s prognosis was touch-and-go as the military medical system rallied, quickly moving him out of Afghanistan to progressively advanced levels of care.

When his mother, Kelli Pederson, arrived to see her wounded son at Landstuhl Regional Medical Center in Germany, the staff explained the facts.

“They told me how very close we came to losing him,” she said.

Morrison’s lungs were so severely damaged from the blast that the staff put him into a medically induced coma. He also suffered a burst lumbar vertebra, a shattered left femur and right ankle and right hand injuries. Doctors warned him that he might never walk again.

But Morrison has proved them wrong, defying all odds through a recovery that’s amazed even his health care providers.

After weeks of fighting for his life, he made the initial breakthrough while still in Germany as he began breathing independently.

Morrison got a temporary reprieve from his treatment so he could return to Iowa to welcome home his fellow soldiers as they redeployed in July.

A month later, he transferred to the Warrior Transition Unit at Fort Leonard Wood, Mo.

Morrison was able to return home to New Market, Iowa, for good in mid-October. He continues to receive physical therapy twice a week at a local hospital to improve his mobility, balance and range of motion....

A must read here.