Pepsi Cityscape Stirs Emotions: Is it New York or Dubai?

In the last few days on a major social network, this picture of a Pepsi can went viral. 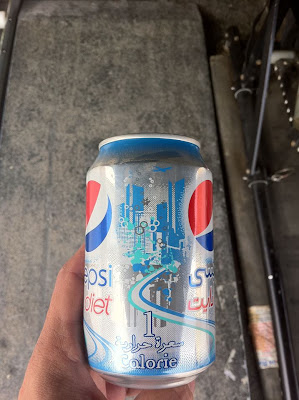 This picture first appeared supposedly from a US Soldier stationed in Iraq with this text:

FB family I need your help, so today while in Iraq shutting down one of the bases there ironically enough I stumbled upon this can of diet pepsi. Take a close look at the picture and tell me the first thought that comes to your mind. Mine and many other of my brother in arms was not a pleasant one so I just want to make sure we re not bias. If you see the same thing I did, I will never ever buy another Pepsi product again, this is an insult. Thank you for your feedback and participation.

Thank A Soldier (an ardent Troop Supporter based in Canada) posted this close-up picture of the Pepsi can: 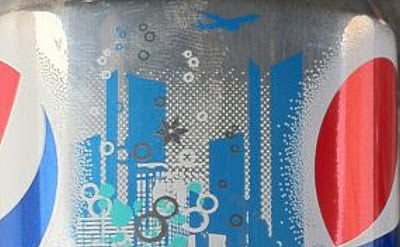 On the face of it, this looks like the Twin Towers in New York that terrorists flew into on 9/11, and the responses of outrage were swift and furious.

As the cacophony over this perceived insult became almost deafening, I contacted Pepsi via their site and asked for their official response. This is their reply:

We understand from some of our consumers that a Diet Pepsi can designed and sold in the Middle East portraying the growth of active regional cities has been misinterpreted. We are sorry that some people found this design insensitive, which was never our intention as the graphics on this can were inspired by the Dubai skyline. As soon as this matter was brought to our attention in October, we immediately stopped production of the can and took action to change the design. The new can, which features an abstract design, is already in the Middle East market. All old designs will be replaced over the next few weeks.

A Veteran suggested to me that this would have been produced in a local bottling plant, which makes sense to me, since all major drink companies do have local bottling plants. Case in point: On December 2, I posted a column on War On Terror News about a Camp Bastion bottling plant reaching a major milestone, or as the Brits called it, 'watermark.' You missed that? Read that cool article here.

Back to Pepsi. On a Middle East business site is this:

One of Dubai's best known business landmarks, Dubai Refreshments Company (DRC), the sole franchisee and distributor for Pepsi Co in Dubai and the Northern Emirates, is celebrating 50 golden years of operations, making it one of the oldest and most inspiring success stories in the city.

These limited edition Pepsi cans will be available across all its distribution channels including, hypermarkets, supermarkets, gas & convenience stores, hotels and in-flight.

Burj Dubai has become one of the most recognisable developments in the world and is widely regarded as an architectural masterpiece.

While Burj Dubai, world's tallest building and man-made structure being developed by Emaar Properties, represents today's Dubai and its ability and ambition to realise dreams, Shindagha highlights the city's humble beginning much like Dubai Refreshments when it began operations as a modest bottling plant in 1959. ...

As my regular readers know very well, if ANYbody disrespects anything to do with our 9/11 families, or anybody connected in any way to 9/11, I would be one of the first to be yelling from the rooftops, and one of the first in line to inflict a major smackdown.

In this case, yes, for those of us who remember 9/11 as if it was yesterday; for those of us who will always be haunted by the images of that day, and most especially for those who lost loved ones on that terrible day, this picture, on this Pepsi can, could - absolutely - be understood as a deliberate insult from the Arab world to America, as it could be interpreted as a depiction of that day's terrorist attack on New York.

Was it deliberately meant to be such a graphic reminder of 9/11? We cannot know for sure what goes on in the mind of anyone else, so we cannot definitively declare that this can's design was the product of malicious intent.

We have the Pepsi company official response. We have the AMEinfo.com news story heralding the launch of this specific product.

In the final analysis, it is an individual choice what any of us chooses to believe.

Every single day I read news items, or releases, that ARE indisputably related to 9/11. Daily, I receive bulletins on matters that continue to directly affect those who survived 9/11. Rather than focus on implied tenuous links to 9/11, I choose to concentrate my energy on those issues that I KNOW are direct consequences, reverberations of 9/11.

What you choose to believe, and focus on, is your choice.
Posted by The Brat at 3:42 AM

Email ThisBlogThis!Share to TwitterShare to FacebookShare to Pinterest
Labels: Pepsi 9/11 can, Pepsi in Dubai