Fallen US medic receives Silver Star for heroism under fire 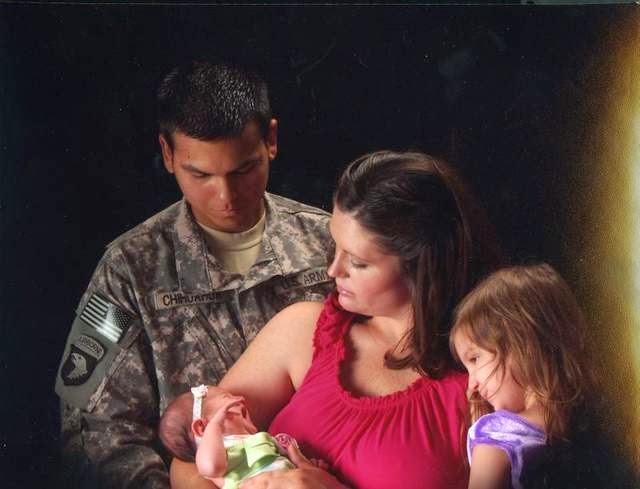 An Army medic who ran through a barrage of enemy fire to reach his wounded fellow soldiers was posthumously awarded the Silver Star during a ceremony Friday at Fort Campbell, Ky.

Spc. Shannon Chihuahua, 25, was killed Nov. 12, 2010. The Silver Star, the nation’s third highest award for valor, was presented to his family.

On Nov. 12, 2010, soldiers from the battalion’s 3rd Platoon, D Company, were tasked with setting a blocking position in the Watapur Valley in Afghanistan’s Kunar province, according to information from the 101st Airborne Division.

After setting up their overwatch position, the soldiers came under a complex enemy attack, according to information from the 101st Airborne.

Using small-arms and machine-gun fire and rocket-propelled grenades, the enemy tried to overrun the platoon’s position, according to an account of the battle by Sgt. Kevin Garrison.

Garrison, who was a squad leader on the ground that day, shared his story with a member of the public affairs team for 1st BCT three months after the attack.

The enemy fighters had crawled up the mountainous terrain and were bounding up to the soldiers’ position, Garrison said in his account...


Yes, there is more to this amazing story of Heroism here.

ALWAYS honoured.
Posted by The Brat at 2:34 AM