From Jihad Watch (because I love their snark - and truths): 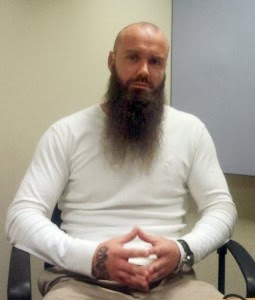 Ashraf Islam is no different from Mujaahid Abu Hamza and Ismail ibn Abdullah, who murdered British soldier Lee Rigby on a London street. The only differences are that Ashraf Islam’s target was higher profile, and that he failed. But both were jihad attempts which the jihadis justified by referring to the alleged atrocities of the British Armed Forces — as all jihads must in the absence of a caliph be justified as defensive, no matter how far-fetched that may be.

“Convicted criminal who plotted to kill Prince Harry jailed for three years,” from The Guardian, February 10
[...]

A convicted criminal who plotted to kill Prince Harry has been jailed.

Ashraf Islam, 31, said he had a “moral right to judge” the royal because he disagreed with the work of the British Armed Forces, of which Prince Harry is a member.

The judge at Isleworth Crown Court in London described Islam’s plot as “vague and unlikely to succeed”, but said he presented a risk to the public.

Islam, of no fixed address but who had been living in west London, was handed a three-year jail term.
Islam pleaded guilty to making a threat to kill Prince Harry, at Uxbridge Magistrates Court in May last year....

Email ThisBlogThis!Share to TwitterShare to FacebookShare to Pinterest
Labels: Jihad against Prince Harry