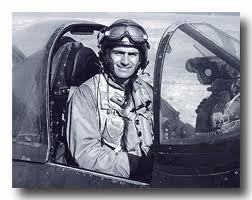 Jerry Coleman, a decorated war hero, Yankee World Series MVP and Hall of Fame San Diego Padres broadcaster, died January 5 at age 89 after a career of more than 70 years in baseball.
Coleman signed with the Yankees out of the San Francisco sandlots in 1942 only to spend the next three years as a Marine bomber pilot in the Pacific theater of World War II, flying 57 combat missions over the Solomon Islands. Upon his return from the war he rejoined the Yankees only to be called back to duty in '51. He flew another 120 missions in Korea and rose to the rank of lieutenant colonel.


You can read more about Lt. Col. Coleman here