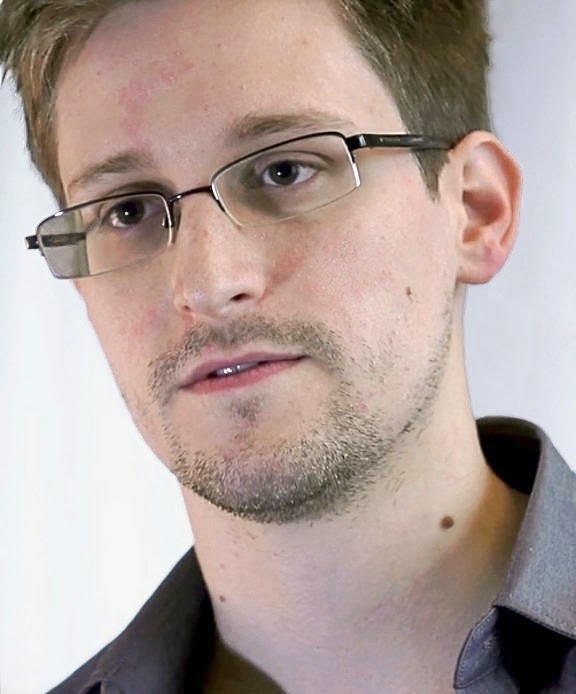 "Need to know" is supposed to the guiding principle for any information publicly shared with citizens of any country.  Sounds good in theory, but when you see that our current governments are the most secretive ever, you surely should be questioning - daily - the motives of those decreeing what we, the people,  "need to know."

Along with everybody else, I have watched with interest as the battle lines of opinion very quickly became clear: those who immediately denounced Snowden as a traitor and un-American, and those  who cheered him on, declaring him a 'warrior for freedom' (or something) as his actions fed their philosophy that we all have the right to know everything our governments are doing in our names.

I have deliberately stayed out of this debate thus far - publicly, at least - because for me, I really don't  have enough information.  Sure, we have been deluged by the msm repeating the government lines as they have done their usual masterful manipulation of public opinion.  On the other side of the chasm, the shrieking cacophony of the "we have the right to know everything about everything" crowd.

Call me cynical, but I have a problem with both of these, and am constantly reminded of that famous expression: 'In war, the first casualty is the truth.'   Let me be clear:   I do believe we are in an ongoing global war on terrorism, no matter how often the MIC asserts 'nothing to see here, move along.'  Given what I have seen over the years, I rarely take ANYthing our government releases as fact, as the truth - or the whole story.   I also usually don't believe that ANY media outlet is the unbiased, credible purveyor of truth as they like to flaunt themselves.

I do not know Snowden, and not likely to ever meet him, so I have no idea why he made the choices he made. I also have no sources within any Military to verify the myriad claims out there that his actions have caused harm to ongoing Missions, or imperiled the lives of any of our Troops.  I also don't know anybody in any government circles, who could prove to me that he really has jeopardised national security interests around the world.

Having said all of that, two items have piqued my interest in the last couple of weeks, which should add to the debate.  One from Jake Tapper - yes, that Jake Tapper, in The Atlantic:

A broadcaster sets forth an approach that more of his colleagues ought to follow.
Conor Friedersdorf Jan 30 2014

On the Hugh Hewitt radio show last week, CNN anchor Jake Tapper was asked about Edward Snowden's leaks and government claims that they've done great damage to America. Every broadcast journalist in the nation ought to read his reply. The core of it: Be skeptical, and demand evidence before believing official claims!

I've boldfaced the key parts in the relevant exchange:

Jake Tapper: Well, that’s the argument that the government makes, and it’s hard to disagree with arguments that they make, especially when they don’t have to prove evidence of what they’re saying. But obviously, knowing about ways that the U.S. is able to monitor anyone helps them avoid such monitoring, absolutely.

HH: So men and women in the field in the uniform of the United States are worse off for Snowden in their personal safety, are they not, than before he gave away the store?

JT: I haven’t seen evidence for that, what you’re saying, or against it. I can certainly understand why somebody would say it’s a possibility, but I don’t know, and he hasn’t revealed names of spies. He hasn’t revealed names of double agents. You’re just saying that there are these security apparatuses, and the U.S. government says these apparatuses keep us safe. And even if there are government bodies or panels and oversight boards that say we don’t really need bulk collection, it doesn’t really do anything. And now we’ve had two panels say that, two official U.S. government panels say that. Does the discovery of that make us less safe? I haven’t seen evidence that it does. I’m not saying that it doesn’t, but I haven’t seen any evidence....


Tapper raises what I think are questions we should ALL be asking ourselves..  Read the rest of this here.

Then I find a video on EU Times:


Published on Jan 31, 2014
On Saturday 20 July 2013, in the basement of the Guardian's office in Kings Cross, London, watched by two GCHQ technicians, Guardian editors destroyed hard drives and memory cards on which encrypted files leaked by Edward Snowden had been stored. This is the first time footage of the event has been released..


Given the sheer volume of information that continues to be accredited to the Snowden theft, I have no doubt at all that the 'Patriot or Traitor' debate will continue for years to come.  Despite that, I doubt any of us can definitively state what the truth of this all is.  What is obvious that Snowden made conscious choices to do what he did.  Do I know his motives?  No, and I probably never will.  Do I believe all that the media is feeding us? No.  Do I trust any of our governments to tell us the truth?  Not hardly.

I DO believe that not all that goes on to protect our Nations should be made public.  Not ever, but do I trust any politician to act solely in national interests?  No. Anybody who is even half awake, has seen the current resident of 1600 blabbing in front of cameras on matters that should always remain unspoken.  You will never convince me that what he has shared - far too often - has not endangered both individuals who serve our country in the shadows (and should never be outted) or has enhanced our national security.

The media? It should be obvious to anybody that their motives are driven by their bottom line. They choose their material based on what sells...

Snowden?  Yes, he made choices, but I am not convinced that he really thought through the public or personal ramifications of his choice.  I have to wonder if he really had any idea of the force of the government et al as they continue to shoot the messenger.

For me?  My unwavering question when assessing anything I see or hear from our governments or our media is: who does it serve?

Just as Tapper says in the piece linked above, I think we all should continue

"Need to know" is a huge issue, and I am more than sceptical over WHO decides what information I need to know.  Be they private citizens (foisted by their actions into public scrutiny as Snowden has been,) elected politicians,  celebrities, media,  etc etc...I always ask myself: WHO does this serve?

Pay attention, folks.
Posted by The Brat at 2:50 AM

Email ThisBlogThis!Share to TwitterShare to FacebookShare to Pinterest
Labels: Snowden Patriot or Traitor