Not news to any of our Troops, I am sure, but the Daily Mail (out of the UK) has a long article up about how the terrorist murderers (is that redundant?) indoctrinate and use children as weapons of war.:


Junior jihad: Spraying bullets from an AK-47, the four-year-old Al Qaeda fighter in Syria who should be in infants’ school


He is barely old enough to go to infant school, let alone fight in a savage civil war. Yet this youngster, believed to be just four years old, is one of the latest ‘cub jihadists’ recruited for bloody battle in Syria. He can be seen firing rounds from an automatic assault rifle in a shocking video that has emerged from the war-torn country. 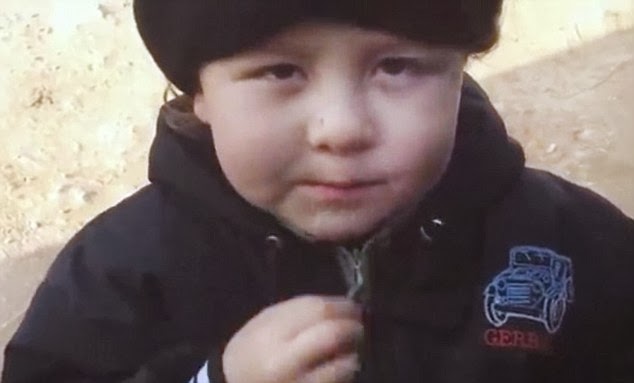 Children of war: The boy will have lived almost his whole life through the Syrian conflict, though with his high voice and chubby cheeks, he belongs more in infants' school than on a battlefield


THIS is not a new phenomenon, as anybody who has been paying attention knows.  That does not change the fact that this is beyond despicable.  Read the rest of this one here.
Pay attention.