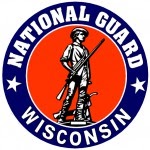 Yesterday I shared some of the Gold Star Families' reactions to a few of the WI NG actions.


A statement from the Wisconsin Adjutant General to the entire military family:
February 19 2014

The recently revealed inappropriate photos and commentary posted to a social media site by a Soldier under my command are unacceptable. I am taking this matter very seriously. Upon learning of this incident, I ordered an investigation and we will wait until that is concluded to evaluate appropriate action.

Military funeral honors are a sacred trust, and that is why this issue has generated such a public outcry. The general public is understandably upset, and I understand the anger and response that it has caused. For those of us who wear or have worn the cloth of our nation’s uniform, this story cuts like a knife. I fully understand why so many veterans have expressed outrage. Lastly, I am acutely aware of the pain that this story must have caused for our Gold Star family members.

I deeply regret the pain this has caused, and personally apologize to the entire military family.

I am assured by somebody who knows Major General Dunbar that he is sincere, and will pursue this matter.