NASA: Venus in the sky in February (not blue jeans!)

Sounds as if February will be a great month for sky watchers... 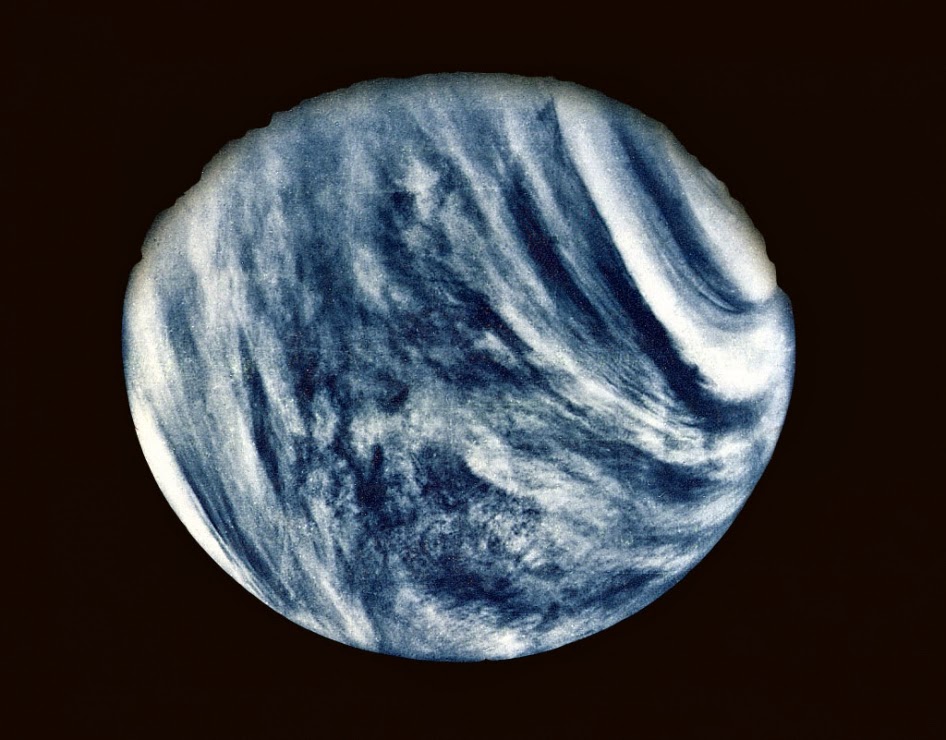 Made using an ultraviolet filter in its imaging system, the photo has been color-enhanced to bring out Venus's cloudy atmosphere as the human eye would see it. Venus is perpetually blanketed by a thick veil of clouds high in carbon dioxide and its surface temperature approaches 900 degrees Fahrenheit.


And for THIS February? From Nightskyonline:

Jupiter will be visible as a bright star above North North East horizon at end of evening twilight all month. Jupiter remains visible all month in the February 2014 evening sky and appears as the brightest star in that part of the sky. Saturn and Mars both rise later in the February 2014 evening sky. Mid-month, Mars rises around 9:45 pm AEST and Saturn rises around 11 pm AEST. Venus is visible all month as a brilliant star above the Eastern horizon in the morning pre-dawn sky. Mercury is at inferior conjunction mid-month (between the Earth and Sun) and is not easily visible this month. Neptune is also not visible as it is too close to the Sun in February 2014. ..

Go read the rest here, and look up -waaaaaaaaaaay up!

Email ThisBlogThis!Share to TwitterShare to FacebookShare to Pinterest
Labels: Venus in February