"Give me your poor, your huddled masses..." 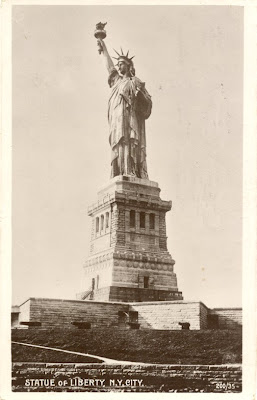 Amid all the hollering about what is IN the much ballyhooed "stimulus" (ie bailout) package, there is one item that was removed, and it is gaining attention: medical care for the American elderly; you know, those citizens who have not only paid - willingly - the taxes for America, but who also crafted the fabric of the United States of America with their own blood, sweat and tears.

As Obama goes across the land, campaigning, Americans are starting to raise their voices on behalf of the elderly. A couple of columns I found on this issue. From Canada Free Press:

Just How Low Have Democrats Sunk – Is Killing Seniors Now Not Beyond Limits? 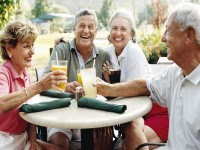 This is despicable. And as a writer who prefers calm and reflective analysis, when such a course is possible, I’m shocked at having to write the above headline. But far more important than mannerism is the profound obligation of every citizen and active US resident to scream out against the despicable “healthcare” provisions in the “Stimulus” Bill.

The so-called “Stimulus Bill” has in it a provision to establish a “National Coordinator of Health Information Technology.” The Coordinator would primarily establish cost cutting guidelines that doctors would be bound to follow or face penalties determined by the Secretary of Health and Human Services. ...

And instead of using those views to gain acceptance to a mental institution of his choice, Tom Daschle wants them enacted as policy. We already know who was receptive to his views; some man who promised hope and change and who did not tell us that those involved killing seniors and the very ill.

Obama’s team of despots has turned a Stimulus Bill into a Kill the Elderly bill. And the Democrats in the Senate, including Ben Nelson, Bill Nelson, Joe Lieberman, Arlen Specter and the two nitwits from Maine are too stupid or too reckless to put up a fuss. We, as citizens of the United States of America, can’t be. Our nation was founded on better morals than this.

The Democrats have declared war on the elderly. And they will suffer the shame of history as a result.

Here America, here are the “leaders” you just elected. Cry and pray, but also take action. This nation was built on better stuff than that....

I have only given excerpts here, but take your blood pressure meds, and go read the rest here.

Then from Bloomberg.com there is this:

Ruin Your Health With the Obama Stimulus Plan: Betsy McCaughey

Tragically, no one from either party is objecting to the health provisions slipped in without discussion. These provisions reflect the handiwork of Tom Daschle, until recently the nominee to head the Health and Human Services Department.

Senators should read these provisions and vote against them because they are dangerous to your health. (Page numbers refer to H.R. 1 EH, pdf version).

The bill’s health rules will affect “every individual in the United States” (445, 454, 479). Your medical treatments will be tracked electronically by a federal system. Having electronic medical records at your fingertips, easily transferred to a hospital, is beneficial. It will help avoid duplicate tests and errors.

But the bill goes further. One new bureaucracy, the National Coordinator of Health Information Technology, will monitor treatments to make sure your doctor is doing what the federal government deems appropriate and cost effective. The goal is to reduce costs and “guide” your doctor’s decisions (442, 446). These provisions in the stimulus bill are virtually identical to what Daschle prescribed in his 2008 book, “Critical: What We Can Do About the Health-Care Crisis.” According to Daschle, doctors have to give up autonomy and “learn to operate less like solo practitioners.”

Keeping doctors informed of the newest medical findings is important, but enforcing uniformity goes too far.

Hospitals and doctors that are not “meaningful users” of the new system will face penalties. “Meaningful user” isn’t defined in the bill. That will be left to the HHS secretary, who will be empowered to impose “more stringent measures of meaningful use over time” (511, 518, 540-541)

What penalties will deter your doctor from going beyond the electronically delivered protocols when your condition is atypical or you need an experimental treatment? The vagueness is intentional. In his book, Daschle proposed an appointed body with vast powers to make the “tough” decisions elected politicians won’t make.

... The goal, Daschle’s book explained, is to slow the development and use of new medications and technologies because they are driving up costs. He praises Europeans for being more willing to accept “hopeless diagnoses” and “forgo experimental treatments,” and he chastises Americans for expecting too much from the health-care system.

Daschle says health-care reform “will not be pain free.” Seniors should be more accepting of the conditions that come with age instead of treating them. That means the elderly will bear the brunt....

Again, just excerpts, and you can read the rest here. but what is in these two pieces SHOULD be enough to get every red-blooded American banging down thedoors of their elected officials who are agreeing to this outrage.

Obama certainly IS "brazen", as the poem by Emma Lazarus says, but seems to me the Lady of Liberty must be surely weeping as she witnesses the measures being foisted on the citizens of America:

“The New Colossus” by Emma Lazarus

Not like the brazen giant of Greek fame,
With conquering limbs astride from land to land;
Here at our sea-washed, sunset gates shall stand
A mighty woman with a torch, whose flame
Is the imprisoned lightning, and her name Mother of Exiles.
From her beacon-hand
Glows world-wide welcome; her mild eyes command
The air-bridged harbor that twin cities frame.
“"Keep, ancient lands, your storied pomp!"” cries she
With silent lips. “Give me your tired, your poor,
Your huddled masses yearning to breathe free,
The wretched refuse of your teeming shore.
Send these, the homeless, tempest-tost to me,
I lift my lamp beside the golden door!”

Maybe a rewrite is in order. Since even the US Constitution is viewed by the President as a 'changeable' document, perhaps this should be rewritten under the heading of: The Colossal Arrogance". Just sayin'.

Ask not for whom the (Liberty) Bell tolls. If you are elderly, it tolls for thee.

Email ThisBlogThis!Share to TwitterShare to FacebookShare to Pinterest
Labels: No American elderly in the stimulus bill

Hmmm - my second half of a century is starting to look a bit sketchy...what was that about the Golden Years? It may just not apply anymore.
Margeret Sanger has nothing on these folks.