SSGT Donald May Jr died in Iraq on March 25, 2003. At the time of his death, his wife Deborah was pregnant with their youngest child, Will. 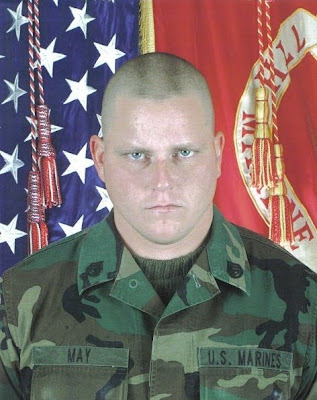 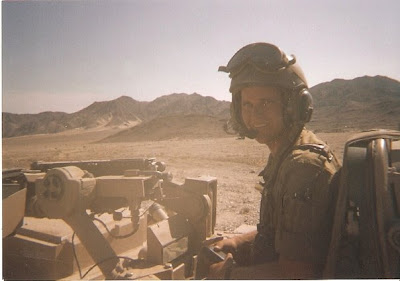 "Don doing what he loved" 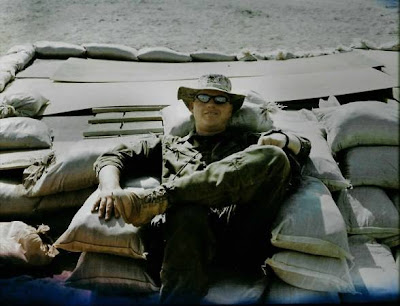 [I found this picture, and other great SSGT May the family man pictures, here] 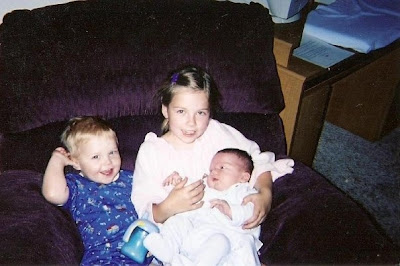 Mariah, Jack and Will in May/June 2003. All pictures courtesy (and copyright) of Mrs May.

SSGT May and his widow, Deborah, are both heroes I have written about previously. The most recent was when I included Deborah and her children in My Heroes of the Year column, here.

In the aftermath of Osama bin Laden's death, Deborah shared her thoughts with me on OBL being dispatched to his 72 virgins:

I had gone to bed early the Sunday night, so had no clue what had happened until the next morning. I was getting organized, and Jack (10 years old) was watching television. As I walked past the television at one point, Jack told me "We killed Osama bin Laden." The news was all over the television. Jack is a huge history buff, and loves all things military. Mariah, being older, can see and process the bigger picture. Don was, and is, a big hero to all the kids.

My first reaction was "OMG!" So many emotions, I started crying. I tried to compose myself. Don had told me that the initial mission was to get the head bad guy. OBL's death means we took a piece of the evil puzzle. We just won something.

All movements have their leaders. With OBL's death I am hoping that some things will change, and that there is no leader strong enough to take his place. That whole movement is driven by hate, and it is not possible it will all go away. But if his death means that one less person dies, then I am glad.

When Don went to Kuwait he told me we 'were going to be there for 18 months. This is what I trained for.' He was part of the overall mission. He would be pleased we got OBL. He would say: 'Mission complete.' He would have thought the world was a bit safer place without OBL. I hope he's right. Coming from a Marine family himself, Don was hoping that our boys would also serve in the military, but he was also hoping they wouldn't have to do the mission he was doing.

Never ending missions are not a good thing. We shouldn't have to keep going back. America needs to be the people who follow through. We cannot talk their ears off trying to instill our values. There should be consequences.

No, I was not waiting for OBL to die. His death - nothing anyone could ever give me - would ever make me feel okay about Don dying. He was the love of my life.

No, for me, it is not about closure. There is no closure. Nothing will ever change Don being gone.