The world is a very dangerous place these days, and yet so many people seem to have no clue what is really going on. Our politicians, aided and abetted by the mainstream media, seem to work tirelessly at keeping the public blissfully uninformed (okay, ignorant.) Ten second soundbites of '14 civilians killed today,' or 'hundreds of protesters again gathered' in places that most of the public has never heard of.

Today, more than ever, this ignorance of world affairs - how each seemingly isolated act of terrorism in far away corners of the planet, is connected, and does affect us all - is even more dangerous. Yet, to read or listen to the daily news, joe public could be excused - maybe - for remaining woefully ignorant.

Fortunately, some are paying attention, some are connecting the dots.

From War on Terror News comes an important column, which sets it all out. Read on: 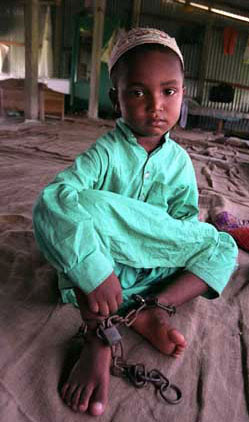 "...War is an ugly thing, but not the ugliest of things: the decayed and degraded state of moral and patriotic feeling which thinks nothing worth a war, is worse. " John Stuart Mill

Those that desire to oppress, to expand their own power and ideology, are not of the same mind, but often their greed brings them to ally themselves of fellow oppressors, even of diabolically opposing ideologies. The ideologies of similarity often finds itself in opposition to would be allies, as did the national Socialism of the Nazi Empire to the Communistic Socialism of the Soviet Empire. Democratically elected politicians find value in distorting the realities of "allies" and "enemies" to rally the people to a cause or away from an action.

"When a people are used as mere human instruments for firing cannon or thrusting bayonets, in the service and for the selfish purposes of a master, such war degrades a people. A war to protect other human beings against tyrannical injustice; a war to give victory to their own ideas of right and good, and which is their own war, carried on for an honest purpose by their free choice--is often the means of their regeneration." John Stuart Mill

In today's world of politicized MSM, and politicians of misportrayed goals, too often, the "masses" blindly follow and reiterate the slogans fed them, by politicians and pundits, as to what is at risk. It often appears that those that denigrate the ideals of Americanism, of Freedom, of Capitalism, of a Republican form of government in the hands of the people, are given a greater platform, and free er hand in pronouncing it, than are those that endorse the US Constitution.

Consider the news of Afghanistan this weekend, which repeatedly talks about the "9 Civilians Killed" by NATO aircraft, while continuing to ignore that those civilians were surrounded by Taliban thugs shooting at US Marines. The Taliban had ignored the Geneva Conventions and Laws of Land Warfare by forcibly taking refuge in the civilian's property, by failing to safeguard those same civilians from harm, and by preventing those civilians from seeking safety away from the battle. But these details are not provided by the media. These details are purposefully ignored. ...

There is MUCH more, and it is a must read HERE. If you read nothing else today, read this column over at WOTN.

It may suit the politicians to keep us all ignorant, but I contend it is the DUTY of all citizens to seek out the facts, to educate themselves. To do otherwise endangers us all.

The facts are out there, even if to find them may take some effort. It is said that those who forget history are doomed to repeat it. I believe it is not over-stating the facts to assert that we are all doomed if we choose to ignore the history of current events.

Email ThisBlogThis!Share to TwitterShare to FacebookShare to Pinterest
Labels: Uglier than War from WOTN