Some Gave All: WO2 (QMSI) Graham M Bean

It is with sadness that the Ministry of Defence must confirm the death of Warrant Officer Class 2 Graham Bean from 73 Engineer Regiment (Volunteers), attached to the 3 Royal Anglian Group, in Cyprus, on Tuesday 3 May 2011. 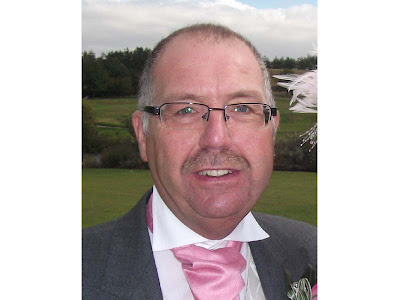 WO2 (QMSI) Graham Bean tragically died while serving in Cyprus on Operation TOSCA, the United Nations Peacekeeping Force (UNFICYP) based in Nicosia, after taking part in a mountain biking activity during which he was taken ill.

Employed in the high profile post of VIP visit coordinator, WO2 Bean was known by many and his sudden passing has been deeply felt across the UNFICYP.

WO2 Bean, aged 54 from Cleckheaton, West Yorkshire, joined the Territorial Army in May 1975 as a Sapper in 75 Engineer Regiment and subsequently transferred to 73 Engineer Regiment based in Nottingham. His natural style and flair led to swift promotion to Lance Corporal in just over a year and by 1996 he had achieved Warrant Officer rank.

Employed in a wide range of posts and locations during a varied and challenging career, WO2 Bean filled a variety of roles including Squadron Sergeant Major of 272 Field Park Squadron and Troop Commander of Regimental Headquarters. In addition, he served on operations in Bosnia and Iraq prior to deploying to Cyprus on Operation TOSCA in March of this year.

A highly professional and able soldier, it was WO2 Bean's personal qualities that really set him apart; loyal, diligent and with a real zest for life, he provided an outstanding example of everything a soldier should be - his ability to walk into a room and lift everyone's spirits is something that he will be truly remembered for. As a practical example of his selflessness, WO2 Bean raised over 1,000 Euros for the Army Benevolent Fund in his first month in Nicosia.

WO2 Bean died doing something he cared passionately about, in the service of peace and of his country. He leaves behind his three children David, 28, Hazel, 26, and Nicola, 17, with David currently preparing to deploy with the British Army to Afghanistan.

The family of WO2 Bean said:

"It has been such a shock to lose a loving father and husband who brought so much laughter and so many smiles to all who knew him. We will miss you Dad xx."

"Graham's passing will be deeply felt by all of us within the United Nations family here in Cyprus. I am sure you - members of the British contingent - are profoundly moved by this tragic and untimely loss. Many of you have known Graham for a long time. I am sure you would all agree that he will be fondly remembered and greatly missed.

"Yesterday, at a meeting of the leaders of the two communities in Cyprus, Mr Demetris Christofias expressed his deep condolences on the loss of Warrant Officer Bean, and asked that these sentiments be conveyed to his family, to the British contingent and to UNFICYP.

"Once again, I would like to express my heartfelt condolences on behalf of the United Nations family in Cyprus to the men and women of Sector Two and to the family of Warrant Officer Graham Bean."

"WO2 (QMSI) Graham Bean was a proud family man, a trusted friend, a selfless team player and total professional who had the respect and admiration of every one of us. A Royal Engineer for some 36 years, he died doing the job he so enjoyed in the service of peace and of his country - our thoughts and prayers are with his family and friends at this most difficult time.

"While we will mourn his passing and he will not be forgotten, we will also remember the difference he made in so many ways and how, for us his comrades and mates, he helped make us and 3 Royal Anglian Group better every day.

"WO2 (QMSI) Graham Bean will be dearly missed by all whom have had the privilege of working with him over the years. Our thoughts are with his family and friends at this difficult time."...

Go here to read more from those who know and love WO Bean the best.

Email ThisBlogThis!Share to TwitterShare to FacebookShare to Pinterest
Labels: Some Gave All WO2 (QMSI) Graham M Bean