Some Gave All: Sergeant Brett Wood 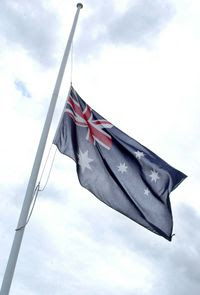 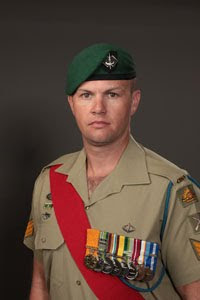 It is with deep regret the Australian Defence Force announces the death of Sergeant Brett Wood during operations in Afghanistan.

Sergeant Wood was serving with the Special Operations Task Group when he was tragically killed in action as a result of the explosion of an Improvised Explosive Device on Monday 23 May 2011 (Afghanistan time).

Thirty-two year old Sergeant Wood was from the Sydney based 2nd Commando Regiment.

Sergeant Brett Wood leaves behind his loving wife and family, who are currently receiving support from Defence.

Sergeant Wood has significant operational experience. His first deployment was to Bougainville in 2000. In 2001 he deployed to East Timor on Operation Tanager and in 2003 to Iraq on Operation Falconer.

In 2006 Sergeant Wood deployed to Afghanistan as part of Operation Slipper. He was awarded The Medal for Gallantry for leadership in action as a Team Commander during this tour.

Sergeant Wood received a Special Operations Commander – Australia, Commendation for service with the Tactical Assault Group – East in 2007 and in 2009 he returned to Afghanistan as a Section Commander. Sergeant Wood deployed to Afghanistan, for the third time, in March this year. (Source)

"On behalf of Brett’s immediate family, his friends and myself - I would like the Australian public to know what a brilliant husband, son, brother, friend and soldier Brett Mathew Wood was.

Brett was extremely proud to be part of the 2nd Commando Regiment and he considered many of his colleagues to be his second family. He was an excellent soldier, a true leader and a friend to all in his unit.

The care and support we have received today from the Defence Force as well as Brett’s colleagues simply reinforces how well respected Brett was.

Brett was a much loved son, grandson and brother who inspired his family with his dedication and generosity.

I have not only lost my husband, I have lost my best friend. The past six years with him were the happiest of my life and it was the biggest honour ever to become his wife and to be part of his family.

Brett, you have done your country proud and you will always be remembered.

I love you with all of my heart. Be in peace now.

We request that the media respect our privacy at this difficult time and provide us with the space to grieve. We will not be making any further comment and thank the media and community for their understanding."

The Australian also has a tribute for Sgt Wood, including his work with a US unit in 2006:

THE US is mourning the death in Afghanistan of an Australian hero who ignored his wounds to dash to the aid of an American unit pinned down by insurgents during a 2006 battle.

Commando Sergeant Brett Wood MG was killed on Monday leading his unit from the front, as always.

A decorated hero in an elite unit, he was on foot during an operation to clear insurgents from an Afghan valley the Taliban used as a base and infiltration route when he was hit by an improvised bomb.

Sergeant Wood was the 24th Australian soldier killed in Afghanistan.

Two other commandos were seriously wounded in the blast. One man's wounds were described as "life-threatening" and the other's as serious.

They were evacuated by helicopter to a coalition hospital...

Much more here (including video.)

Email ThisBlogThis!Share to TwitterShare to FacebookShare to Pinterest
Labels: Some Gave All: Sergeant Brett Wood

Godspeed,Sir..keeping his family, friends, and those who served with him in my prayers.

I love people who serve for our country. Gives me comfort. Plus I'm sure you love the benefits of serving.

I also agree with Kathi

From an ex digger
I would like to express my sincerest condolences to Brett's wife. Your husband was a credit to himself, his family, his Regiment and the ADF. He served with honour and distinction. The world is a poorer place for his passing.