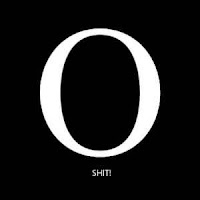 As President Obama and others rant and rave at Edward Liddy, head of AIG, the msm media seems to be ignoring that Obama and other politicians received donations from AIG as it was going down the toilet.

All well and good for Obama to feign outrage, whilst acknowledging Americans are angry. Seems to me it is business as usual in Washington; the old switch and bait. Yes, AIG certainly needs reforming. Edward Liddy has only been at the helm of AIG since last September, and I don't envy his inheritance of what are obviously long term problems at AIG.

Be that as it may, maybe I am not understanding high finance here, but if AIG has been so badly managed for so long, I wonder WHY Obama is still pouring money into it. I guess Liddy is a convenient fall guy to divert attention away from politicians whose coffers were padded by AIG.

The issue of AIG's political donations are also in the spotlight. Mr Obama, as a senator, received $US101,332 of political contributions from AIG, according to the Centre for Responsive Politics. Senator Chris Dodd, chairman of the Banking Committee, and Republican presidential candidate Senator John McCain were also beneficiaries of AIG's largesse....

I found that on an Australian site here. Even so, that was the very last para in a piece about the mega bonuses paid out of what was obviously bail out money. (aka your tax dollars.) The cliche "follow the money trail" may well be the defining cliche of this presidency, given the shenanigans that Obama and his motley crew have engaged in since before he moved into 1600 Pennsylvanian Avenue.

Calling Mr Obama! When will YOUR cheque be in the mail? Just asking.
Posted by The Brat at 6:10 PM