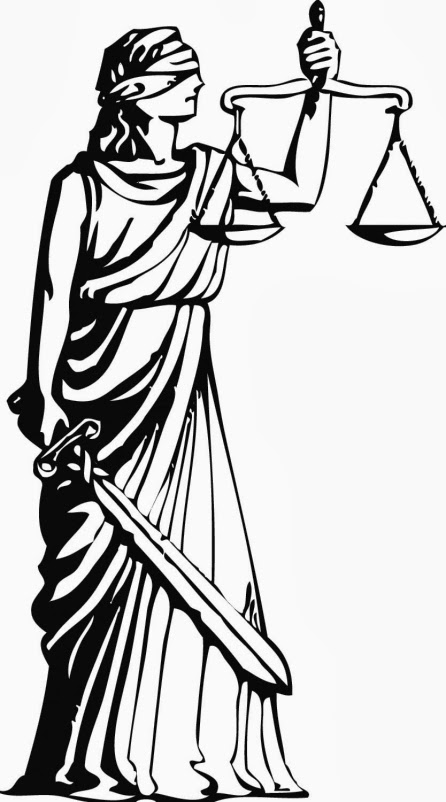 Remember MIC and Holder trying to have all the GITMO terrorist trials held in civilian court in NYC?  Remember the uproar that followed?  Today, comes news that Osama bin Laden's son-in-law is set to stand trial in Nrw York:

By Richard A. Serrano

The new president told them he would be closing Guantanamo Bay military prison within the year and putting many of the detainees there on trial in the U.S., where justice would be swifter.

Five years later, the first and probably only federal court trial of a Sept. 11-related case will start jury selection on Monday at a U.S. District courthouse in lower Manhattan, not far from where the World Trade Center once stood.

In addition to being the first opportunity for Obama to fulfill that 2009 pledge, it will likely be the only chance for New Yorkers, the community most damaged in the worst terror attack in U.S. history, to have such a trial on their home turf, decided by a jury of New Yorkers.

Obama’s plans to relocate other Guantanamo detainees, most notably self-confessed Sept. 11 mastermind Khalid Shaikh Mohammed and four others accused in the plot, ran into congressional roadblocks that prevented the president from trying them in New York and closing the Cuba detention facility as he promised.

But when Sulaiman abu Ghaith, 48, Osama bin Laden’s son-in-law, who is accused of being a top al-Qaida propagandist, was arrested last year, the Justice Department brushed aside pressure to send him to Guantanamo and launched proceedings in New York, partly as a test case to demonstrate that high-profile terrorism trials could be handled safely and efficiently in the U.S.... 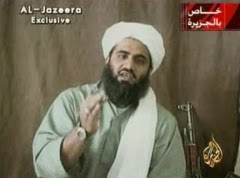 This image made from video provided by by Al-Jazeera shows Sulaiman Abu Ghaith, Osama bin Laden's son-in-law and spokesman. Abu Ghaith goes to trial Monday, March 3, 2014 in New York on charges that he conspired to kill Americans in his role as al-Qaida's mouthpiece after the Sept. 11 terrorist attacks. He is the highest-ranking al-Qaida figure to stand trial on U.S. soil since the attacks.
Miami Herald  details some of the all too familiar delaying tactics of the terrorist defence teams:

NEW YORK -- A man prosecutors allege is Osama bin Laden's son-in-law and former spokesman will go on trial next week, despite claims by his lawyers that the government may have charged the wrong person, a federal judge ruled Friday.

U.S. District Judge Lewis Kaplan rejected an 11th-hour bid by lawyers for Sulaiman Abu Ghaith to delay the trial while they sought more information about a second man being held at the United States naval base at Guantanamo Bay, Cuba.

Calling the mistaken identity claim "utterly meritless," Kaplan told lawyers on both sides at a pretrial hearing that jury selection would go forward in federal court in Manhattan on Monday as originally planned.

Abu Ghaith has pleaded not guilty to charges that he conspired to kill Americans in his role as al-Qaida's spokesman after the Sept. 11, 2001, terror attacks. If convicted, he could face life in prison.
The defense filed papers Thursday, saying its investigation had found a Guantanamo detainee with a name "very similar" to Abu Ghaith who was an al-Qaida insider, was close to bin Laden and was in Afghanistan during the period referred to in the indictment. The defense accused the government of withholding information about the second man that could bolster a motion to dismiss the case.

In a letter to the judge Friday, prosecutors said there was a detainee with a name that was partially similar to Abu Ghaith's, but argued the similarity is irrelevant....


Read the rest here.
Pay attention.
Posted by The Brat at 3:19 AM