Every week comes news of the loss of Heroes from WW2.  In the last few days, a Bletchley Park Code Breaker and a Tuskegee Airman have died. 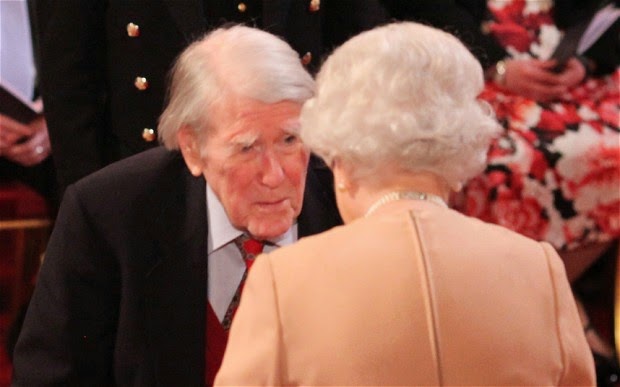 Captain Raymond "Jerry" Roberts as he received his Member of the British Empire (MBE) medal from Queen Elizabeth II during Investiture ceremony at Buckingham Palace in 2013 Photo: PA

Captain Raymond “Jerry” Roberts, one of the last surviving Second World War codebreakers at Bletchley Park, has died at the age of 93 following a short illness.
He was part of an elite team at the British listening post which helped crack the German Tunny system used by Hitler, Mussolini and other high ranking generals during the war.
Capt Roberts joined the team of codebreakers in Buckinghamshire as a cryptographer and linguist in 1941, said a Bletchley Park spokeswoman.

He was one of four founder members of the Testery, an elite unit named after the man leading it, Ralph Tester, which cracked the Tunny code making it possible to read Hitler's messages during the war.

The team managed to reverse engineer the Tunny, which had 12 encryption wheels to the Enigma machine's three, described by Bletchley Park as "an incredible feat of dedication".

Describing Capt Roberts as "lovely" and "absolutely charming", she said: "He was passionate about what he and his colleagues achieved.

"He did not want to blow his own trumpet but to have the work of his colleagues recognised."

Reminiscing years after the war, when he was finally free to talk about his work, Capt Roberts said he had taken delight in reading Hitler's messages, sometimes even before the German leader....

Much more about the Captain - and insights into the work done by Bletchley Park -  here.

The Tuskegee Airmen are also an important part of history, as they contributed to the allied effort. 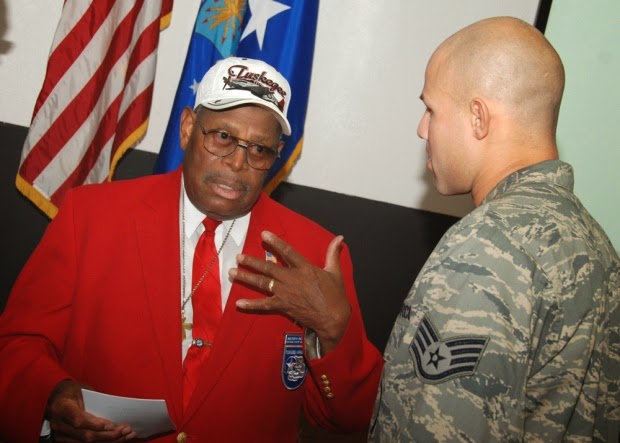 When Walt Richardson and his wife, Helen, were blessed with eight children, he worked multiple jobs to support them.

When he was selected to be one of the first black men to integrate the Air Force, he rose above the racism that surrounded him.

“You don’t let these things make you bitter,” he taught his children. “You use them to make you better.”

Richardson was 85 when he died early Saturday morning at his home in Fort Walton Beach. Funeral arrangements are pending.

He was one of the original Tuskegee airmen, a gifted entertainer, a recipient of the Congressional Gold Medal and a deacon at St. Mary Catholic Church.

Despite the cancer that had spread through his body, he worked right up to the end of his life, with a March 21 fall at his house triggering a rapid decline.


Thank you for your Service, gentlemen.  Rest In Peace.