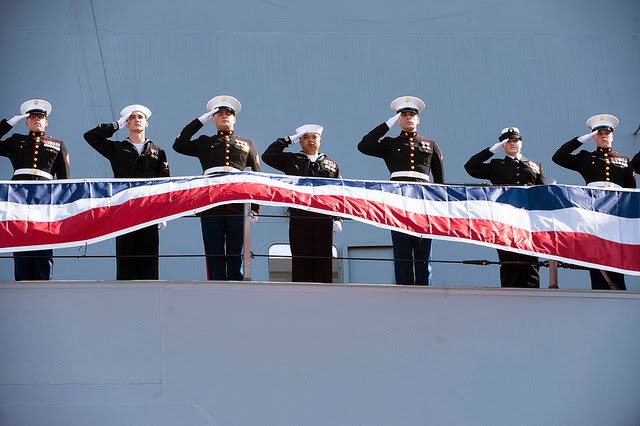 PHILADELPHIA (March 1, 2014) - Crew members of the San Antonio class USS Somerset (LPD 25) man the rails after given the word to man the ship and bring her to life during the the commissioning ceremony of the amphibious transport dock March 1. The Somerset's namesake recognizes the heroic actions of the 40 passengers and crew of United Airlines Flight 93 on Sept. 11, 2001 who sacrificed their lives to thwart a terrorist attack bringing down their would be hijackers and plane in a field in Somerset County, Pa. saving countless innocent lives...


USS Somerset: A tribute to passengers of Flight 93

USS Somerset is the US Navy's latest amphibious transport dock warship. The USS Somerset is named after the Pennsylvania county where United Flight 93 crashed on Sept. 11, 2001.

A new U.S. Navy ship named to honor 40 passengers and crew killed when their hijacked United Airlines flight crashed as they fought with terrorists during the Sept. 11 attacks was put into service in Philadelphia Saturday.

The USS Somerset is named for the southwestern Pennsylvania county where Flight 93 crashed. With its 684-foot starboard side serving as the backdrop, the amphibious transport dock warship was formally commissioned in front of more than 5,000 spectators at Penn's Landing.

"What we commemorate is not that war or an attack on America," said Sen. Pat Toomey. "We commemorate the day America began to fight back."

The Somerset is the third ship to be named in honor of 9/11 victims, joining the USS New York and USS Arlington, which honor those killed in the World Trade Center towers and the Pentagon during the attacks.

Excerpt from Stars and Stripes:

For some of the victims' families in attendance, the ship symbolized a memorial of their loved ones, but didn't ease the pain of losing them.

"I'd rather have him instead of the ship," Rodrick Thornton, 68, of Radcliff, Ky., said of his cousin LeRoy Homer Jr., the first officer of Flight 93.

Carol Heiderich, whose brother Capt. Jason Dahl was the plane's pilot, said the ship is a fitting tribute to the passengers and crew.

"It's such an honor to have our family members remembered in this way," said Heiderich, 59, of Hollister, Calif.

Dave Whelan, a cousin of Flight 93 passenger Richard Guadagno, said the ship embodied the spirit of the country.

"This is us, this is our country," said Whelan, 67, of Jackson, N.J. "This ship and the people on it will be prepared to do whatever they have to do."

"It's showing honor to our family members, to the heroes of Flight 93," said Whelan's wife, Carol. "It shows that we're not forgetting. It's been many years now and I'm hoping that 50 years from now when my grandson goes to Shanksville, they still remember." 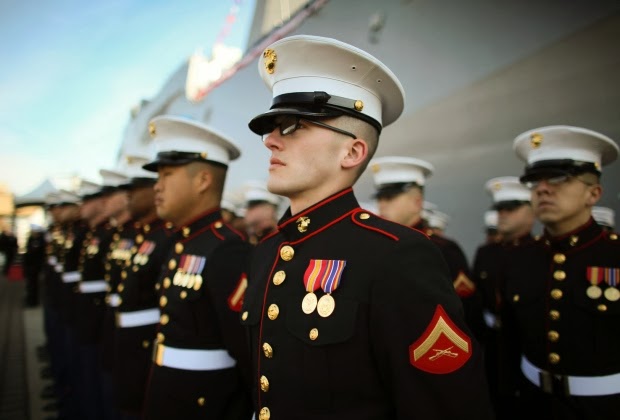