As the days have gone by, we are discovering just how many weapons were on board.

The Israel Navy unloaded some 150 containers from the Klos C on Sunday morning, a day after the ship docked at Eilat port.

"Just walked through a hangar with rows of these rockets from the Iranian weapons shipment. All I can say is I'm happy they're in our hands," IDF Spokesman for International Media Peter Lerner said on his Twitter account.... 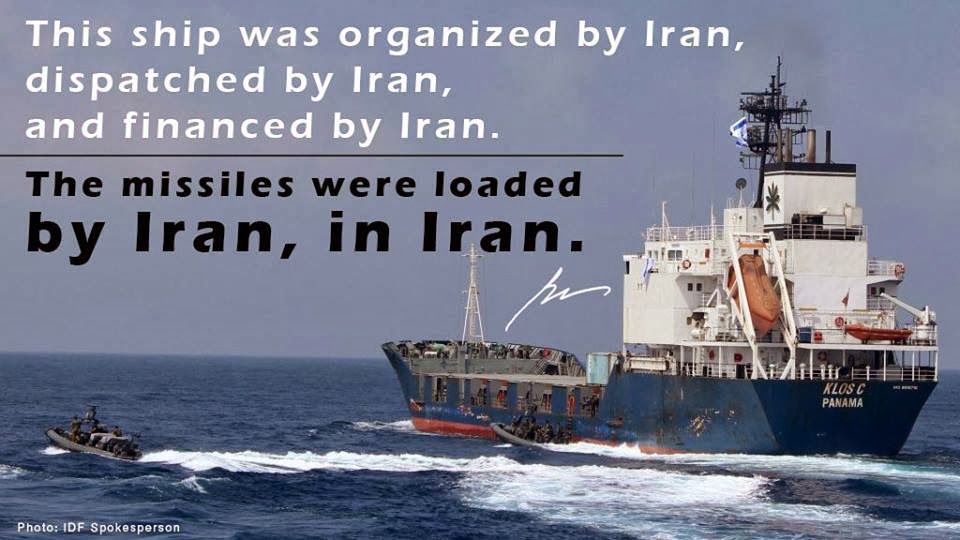 Meanwhile, as John Kerry and his boss put the screws to Israel (in between their much needed holidays, doncha know) comes this from Israel National News:

U.S.: No Need for PA to Recognize Israel
by Elad Benar

The United States believes there is no need for the Palestinian Authority (PA) to recognize Israel as a Jewish state as part of a peace agreement, State Department Spokeswoman Jen Psaki said Saturday.

Psaki, who spoke to the PA-based Arabic-language Al-Quds newspaper, said, “The American position is clear, Israel is a Jewish state. However, we do not see a need that both sides recognize this position as part of the final agreement.”

Prime Minister Binyamin Netanyahu has been adamant on the PA recognizing Israel as a Jewish state, explaining that the Arabs’ refusal to recognize Israel stands at the heart of the conflict.

Psaki’s comments come ahead of a trip by Abbas to Washington on March 17, where he will meet President Barack Obama as part of the U.S. push to achieve a peace agreement between the sides.

Secretary of State John Kerry, who has made it his mission to achieve a peace agreement, is currently working on a framework that will allow him to continue the talks past the April deadline that has been set.

The same Al-Quds newspaper reported last week that Israel and the PA have already received copies of Kerry’s framework.

Psaki would not directly respond when asked by the newspaper if the sides had indeed received the framework, but stressed, “The framework agreement has not yet been finalized. Therefore any publications about it are pure speculation.”


Monkey In the Middle has something to say about that:


Obama’s Betrayal Of Israel As A Jewish State

When I first heard this I wasn't shocked at all.  I knew that this was Barack Hussein Obama's plan from the moment he became President.
From Frontpage Magazine:

Palestinian Authority President Mahmoud Abbas has flatly refused to recognize Israel’s right to exist as a Jewish state. Such recognition is a key condition that Israeli Prime Minister Benjamin Netanyahu has demanded for reaching an acceptable peace agreement on a two-state solution with the Palestinians.

Prime Minister Netanyahu explained the importance of such Palestinian recognition, which would amount to an expression of the Palestinians’ good faith intention to truly end the conflict by accepting Israel’s right of self-determination to once and for all live in peace as the Jewish state its founders envisioned:

“The central question at the end is of course ‘Are you willing to recognize that the state of Israel is the nation state of the Jewish nation?’. If you don’t have the brunt of the agreement, then why turn to the leftovers. Concentrate on the central and difficult questions that they need to provide an answer for, but they don’t provide an answer. If they do give an answer — its negative. They say that they will not recognize a Jewish state in order to leave the right of return on the table. So then what are we even talking about here? That a Palestinian state will be established but it will continue its conflict against the state of Israel with more preferential borders? We are a lot of things, but we are definitely not fools.”

Psaki is ignoring the Palestinians’ intent to throw out any Israelis still living in an independent Palestinian state. Abbas, for example, declared that “If we want an independent state, I will not accept any single Israeli in our territories.”

THIS is what stands for America's foreign policy with regard to their staunchest ally in the middle east.

THIS is what Israel deals with every.single.day. 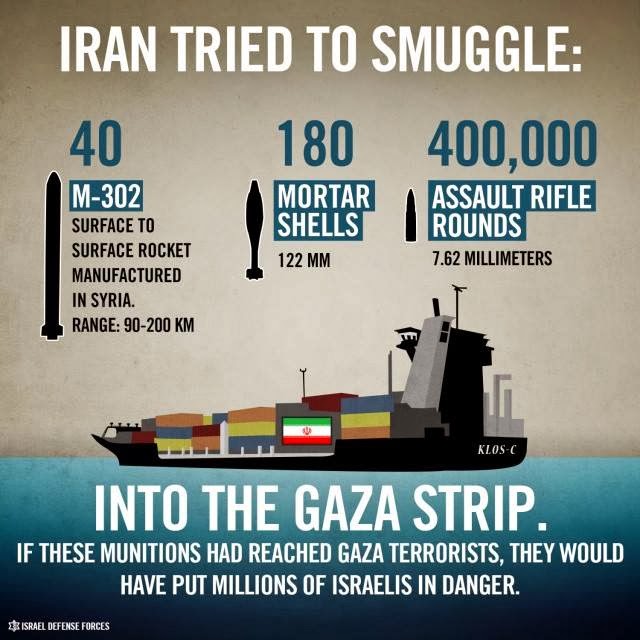 Is ANYBODY paying attention?