You really can't make this stuff up. 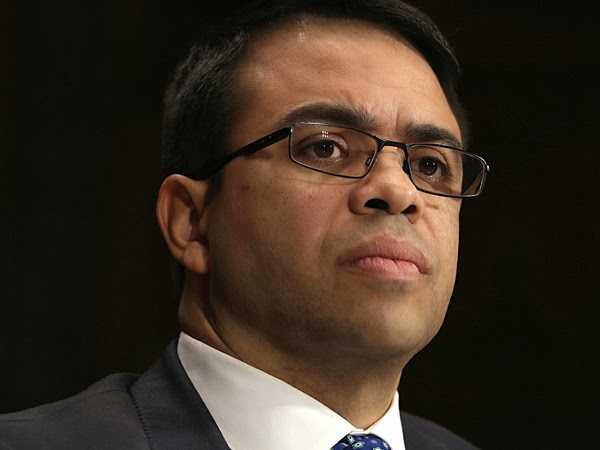 In a statement, President Obama called the 47-52 vote "a travesty based on wildly unfair character attacks against a good and qualified public servant."

Supporters of Debo Adegbile, the son of a Nigerian father and an Irish mother, say his nomination had been fraught with race issues from the start. Opposition focused on his past legal representation of Mumia Abu-Jamal, a convicted cop killer in Philadelphia who became a cause celebre in leftist circles.

Civil rights advocates who backed Adegbile expressed outrage, suggesting that race may have played a factor.

“You hate to raise that up, but it smells very bad," said Hilary Shelton of the NAACP....

I suggest that the colour of  Adegbile's skin had less than zero to do with this.  More,  it had to do with the cynical belief by this administration that someone who defends a convicted cop killer has ANY business in ANY civil rights division of ANY Justice Department.  The only thing that smells 'very bad'  here is the tired old playing of the race card.  Period.