Uruguay agrees to U.S. request to take some Guantanamo inmates

(Reuters) - Uruguay has agreed with the United States to accept some prisoners held in the much-criticized detention center at the U.S. military base of Guantanamo Bay, President Jose Mujica said on Thursday.

The Obama administration, which wants to close the center used to imprison people captured after the September 11, 2001 attacks on the United States, has been talking to several countries about relocating inmates.

The South American country had accepted the request by Washington to take some prisoners and would consider them refugees, Mujica told journalists while attending an unrelated farming event.

"It's a request for human rights reasons," Mujica said.

Meanwhile, in Manhattan. bin Laden's son in law, and al Qaeda spokesman is on trial in US civilian court. 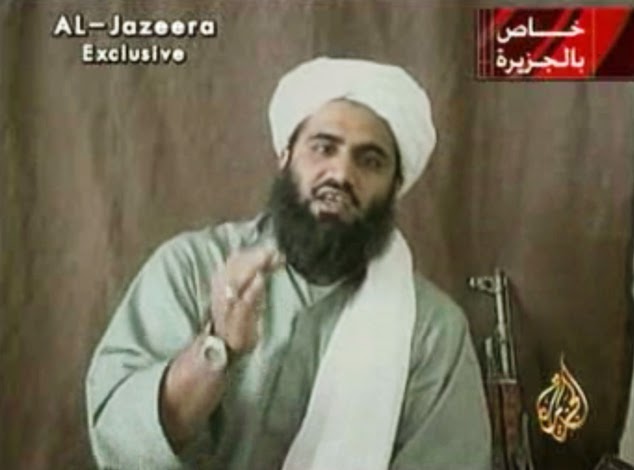 A man US prosecutors say was al-Qaeda's spokesman after 9/11 has testified Osama Bin Laden wanted him "to deliver a message to the world".

Sulaiman Abu Ghaith, 48, took the stand in his own defence at his terrorism trial in New York City on Wednesday.

He has pleaded not guilty to charges he conspired to kill Americans, and his defence lawyers say he had no advance knowledge of the attacks.

The case is one of the highest-profile terror trials in a US civilian court.

On Wednesday, Mr Abu Ghaith told the court he arrived in Afghanistan in June 2001 because he had a "serious desire to get to know the new Islamic government" there.

Mr Abu Ghaith's remarks came a day after a judge ruled jurors would not hear testimony from Khalid Sheikh Mohammed, the self-described mastermind of the 9/11 attacks....

Interesting article here as the prosecution lays out its case.

Sulaiman Abu Ghaith is the most senior person within bin Laden's inner circle to be put on trial in an American civilian court. Daily Mail has a write up - with pictures - on this latest circus:

Prosecutors claim Abu Ghaith knew of planned attacks against the U.S. and provided support and resources to terrorists.

Abu Ghaith, who has denied the charges, faces life in prison if convicted. The rare gambit by the defense on Wednesday was a last-ditch effort to counter a mountain of evidence against Abu Gaith, including an alleged confession and videos showing him sitting beside bin Laden on September 12, 2001, and another in which he warned Americans that 'the storm of airplanes will not abate'.

The defense has never disputed that Abu Ghaith associated with bin Laden after 9/11, but they contend that he was recruited as a religious teacher and orator, and had no role in plotting more attacks....

That sound you hear is of 9/11 truthers’ heads exploding all over the land. Of course, other Islamic jihadists have admitted this before, and that hasn’t stopped the truthers, so this probably won’t, either. It has been made abundantly clear over the last twelve-plus years of jihad since 9/11 that some people are impervious to facts and evidence, no matter what....


Spencer has an extensive transcript of the proceedings here.


Over in Afghanistan, Karzai  continues to speed up the release of detainees, against direct opposition of the west.   From Reuters: 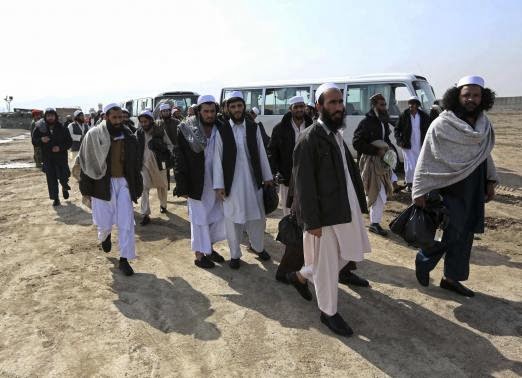 (Reuters) - Afghanistan on Thursday freed 77 prisoners captured by foreign troops, despite opposition from Britain and NATO-led forces which said they could pose a security threat.

Afghan President Hamid Karzai's government has long complained that foreign forces have locked up many Afghans on dubious grounds and with no proper judicial process. A similar release last month caused tension with the United States.

The latest batch walked free from Bagram prison, which was transferred to Afghan control last year as a milestone in the withdrawal of U.S. and coalition forces from Afghanistan by the end of 2014.

"Insurgents in this group of detainees have caused casualties amongst coalition and Afghan forces," the NATO-led force in Afghanistan said in a statement.

Tim James, a spokesman for the British embassy, said: "We don't agree with the releases." Thirty-nine of those freed on Thursday were captured by British forces....

Now more than ever:  PAY ATTENTION.
Posted by The Brat at 4:09 AM

Human rights??? What about our rights as families of those murdered? I can say so much more, but it's useless now, after almost 13 years, the families are now ignored and tossed aside even more so. Aside from the military legal teams in GITMO, and their tireless pursuit of justice for us, ie the prosecution of KSM et al, no one cares.