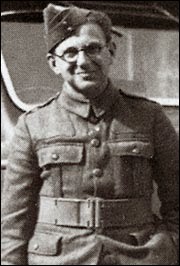 Wednesday Hero was started to honor the men and women of the United States military, but this week we're doing something a little different. Sir Nicholas George Winton is a British humanitarian who will turn 105 this May. On the eve of WWII, Winston was instrumental in the rescue of 669 children, mostly Jewish, from Nazi-occupied Czechoslovakia. Sadly, many of the children he saved lost their parents in concentration camps.

You can read more about Sir Nicholas Winston here